We Totally Dig This Rendering Of A 1965 Ford Mustang Wagon

Would you have bought one?

I think we can all agree that the Ford Mustang Mach-E is a controversial car. A name that has been known as a fossil fuel-burning, low-riding, two-door coupe was given a brother with the same name. But this time, it's a Mustang that's practical and electric – words that are hardly best to describe the pony car.

But what if Ford did the same thing with the 1965 Mustang? Would it have received the same flak as the Mustang Mach-E?

That's the exact train of thought by the folks over at Abimelec Design. Posted over at their Facebook page, the design gurus made a realistic rendering of a Mustang wagon dubbed as the Mustang Mach-4.

Abimelec Design's Mustang Mach-4 isn't electric, though. But they have employed a little parallelism between their rendering and the Mustang Mach-E, taking what makes the electric Mustang sacrilegious and translated them into what could have been their equivalent in 1965.

Instead of being electric, the Mach-4 runs on a Lotus-tuned four-cylinder engine with dual camshafts. To give it an SUV vibe, the supposed Mach-4 was rendered as a wagon (or a shooting brake) and was given a four-wheel-drive system. Again, two things that you'll never find in a Mustang – except for a Mustang station wagon concept that never hit production. 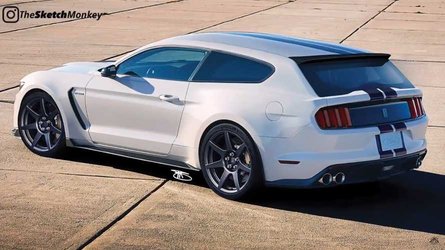 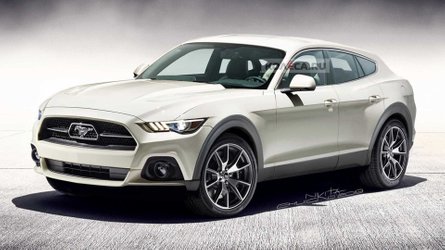 With this rendering, we got to thinking – if Ford pushed for production of a Mustang wagon, would we be more accepting of the full-electric Mustang Mach-E? Wouldn't that change our perception that the pony car should remain as a coupe for its entire lifetime?

And more importantly, would you have bought one if Ford had made this a reality? Let us know in the comments section below.