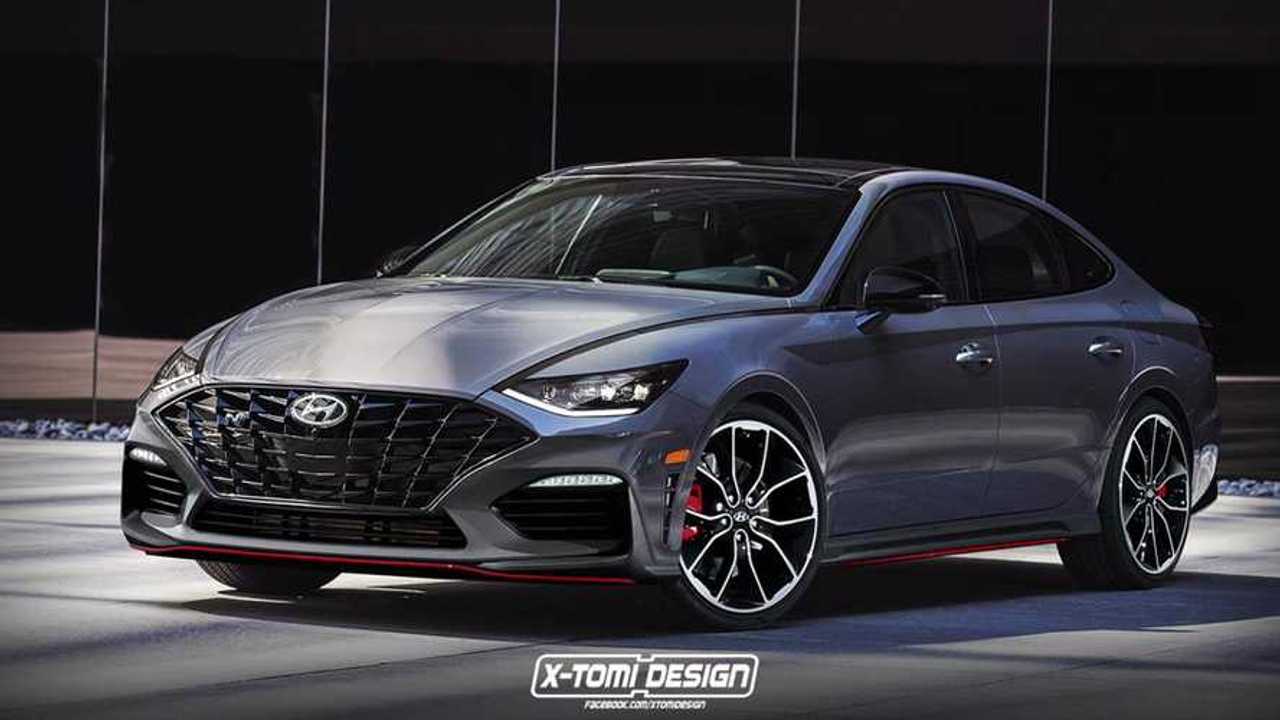 Hyundai is perking up their lineup.

Remember when we reported earlier this year at the 2019 New York Auto Show that the Hyundai Sonata will receive a bit of a performance boost with an N-Line model? Not only has it been confirmed, but a source at Hyundai has apparently said it was coming "soon". Now before you get too excited at the photo, no, that isn't what it'll look like since it's just a render of an N version, but we do hope it gets the same level of aggression and style. Now, Hyundai and their N and N-Line models have been turning heads as of late, and those who find the Sonata a little too conservative might want to take notice.

A source from Hyundai has talked to CNET and has hinted at the imminent arrival of the Sonata N-Line, and has confirmed that it will be using a turbocharged 2.5-liter four banger with a rumored healthy 275 horsepower on tap. As for the transmission, nothing is final yet, but Hyundai has its share of eight-speed dual clutch gearboxes for the pure N models. That's not all, as Hyundai has also said that nine more N-Line models will be coming out in 2020 and 2021, and that there would be three more N models to come. One of these N models is rumored to be the Sonata N, and will be a step up in performance in every way compared to the N-Line.

Hyundai Is On A Roll:

The two other N models are confirmed to be an SUV and a hatchback, with the Kona and Elantra GT being candidates for ascension into more performance focused versions of their more practical selves. In any case, we're gonna have to wait and see by next year, as the Chicago Auto Show will most likely be the place where we'll learn more.