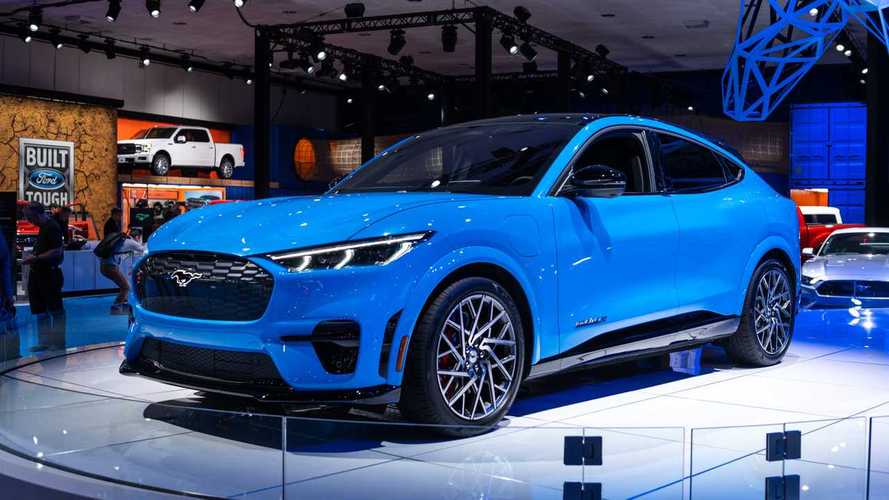 The name debate continues to rage.

Ford ruffled the feathers of many this week when it unveiled the Mustang Mach-E, the company’s all-electric, four-door crossover. To many, the model is underserving of the iconic Mustang nameplate regardless of the tri-bar taillights and pony badge. The debate has raged online and off, as Mustang fans reconcile with the new Mustang model. Yesterday, Mustang Club of America President Steve Prewitt took to the club’s Facebook page to endorse the Mach-E while quelling fears about the future of the iconic two-door pony car.

The Mustang Mach-E Is Making Waves:

The Ford Mustang Mach-E Doesn't Have Door Handles, Here's Why
⠀

Prewitt said Ford did “an astounding job in checking all the requisite items,” offering “an impressive portfolio of performance specifications.” Prewitt also said the Mach-E was the next step in the continuation of the nameplate’s legacy, likening it to a new addition to the Mustang family like the Boss 302, Mustang II, or the Fox Body. He also understands Mustang fans, adding that many will never accept the Mach-E.

And Ford’s doing all it can to make the Mach-E feel like a Mustang. The exterior design borrows has the right Mustang styling cues, created sheetmetal, and athletic styling. Underneath, Ford offers a range of performance specifications including the 459-horsepower (342-kilowatt) Mach-E GT that can hit 60 miles per hour in about 3.5 seconds. The Mach-E will offer 210-300 miles of range depending on trim, powertrain, and drive type configuration.

Ford has its eyes on the future, and the future is electric. The automaker was considering developing a boring compliance car that lacked personality. Putting the Mustang name on the EV forced Ford to create an EV that meant something. The Mustang name choice will be endlessly debated even after the model enters public hands. Will Mustang fans embrace the brand’s expansion into four-door family vehicles? Only time will tell.