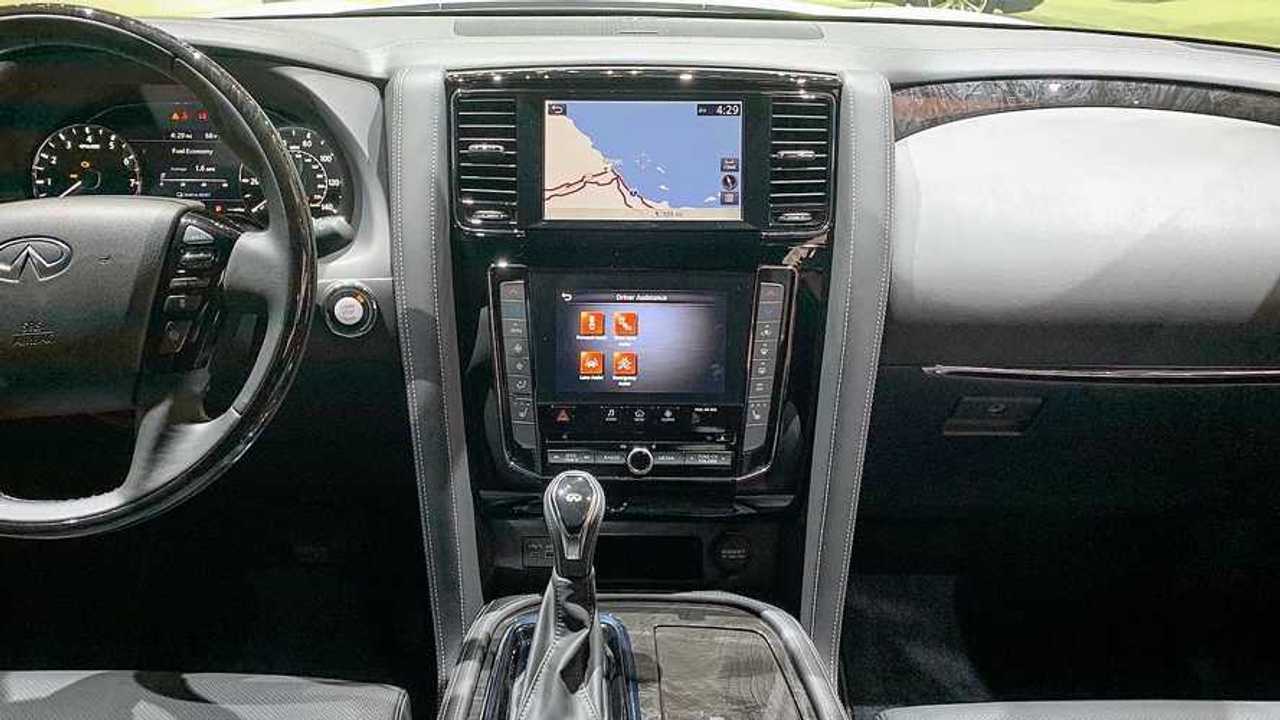 You may recognize it from the Nissan Patrol.

Infiniti’s dual-display infotainment system finally makes its way to its QX80 full-size luxury SUV. The setup consists of two touchscreens in the center stack: an 8.0-inch upper unit and a 7.0-inch lower unit.

As in most other 2020 Infiniti models, the QX80 features improvements to its standard in-dash navigation system, as well as the additions of a WiFi hotspot and Apple CarPlay and Android Auto compatibility. Although we've read and heard much about the 2020 QX80's updates, we finally saw the Japanese luxury brand's flagship vehicle's new tech and interior changes in person at the 2019 Los Angeles Auto Show.

To Infiniti And Beyond!

If the full-size luxury SUV’s refreshed cabin looks familiar, then that’s because it’s nearly identical to the setup found in the updated Nissan Patrol. The QX80’s new center stack is less bulbous and easier on the eyes than last year's button-heavy setup that featured a single 8.0-inch touchscreen at the top of the dashboard.

Better yet, the QX80 complements its screen-heavy center stack with a new 7.0-inch display in the gauge cluster, which replaces the smaller, dot-matrix-like setup from last year's SUV. While the QX80's refreshed infotainment system, center stack, and gauge cluster aren't enough to make it a segment leader, the SUV's updates certainly help it better compete in the full-size luxury SUV segment.

Out With The Old, In With The New:

Infiniti Q70 To Retire From U.S. Market After The 2019 Model Year