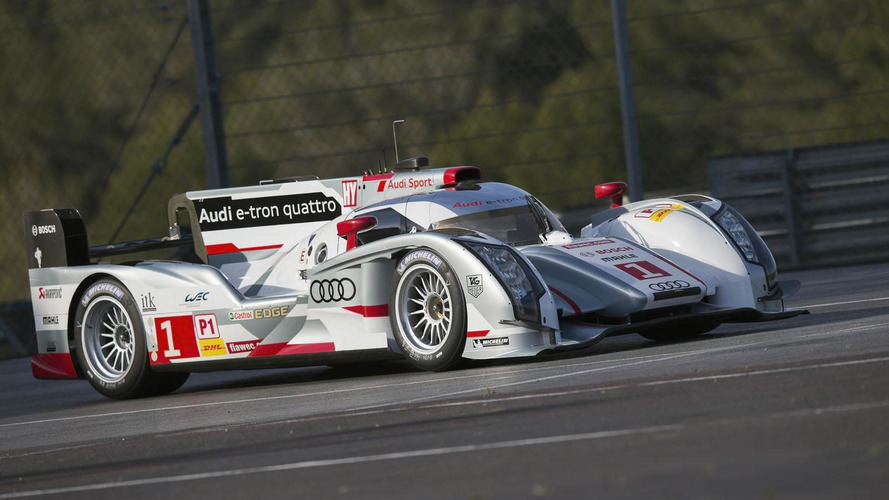 Audi is gearing up for the 24 Hours of Le Mans by introducing a new long tail variant of the R18 e-tron quattro.

Audi is gearing up for the 24 Hours of Le Mans by introducing a new "long tail" variant of the R18 e-tron quattro.

The car is distinguished by a longer rear section that is optimized for high-speed tracks like Le Mans. It will compete at Spa on May 4th and been driven by Marc Gené, Lucas di Grassi and Oliver Jarvis.

During the car's inaugural run, engineers will be focused on comparing how the long tail variant does against the standard R18. As a result, they will analyze the time differences between the models on individual track sectors. The team will also study the "practical aspects" of using the long tail variant.

In a statement Audi Motorsport Head Dr. Wolfgang Ullrich said “As always, Audi will be using the race at Spa as a ‘dress rehearsal’ for the Le Mans 24 Hours in June. Fielding the Le Mans aero variant on the third vehicle that hasn’t been optimized for the lap times at Spa is an important element of the preparation for the 24-hour race.”