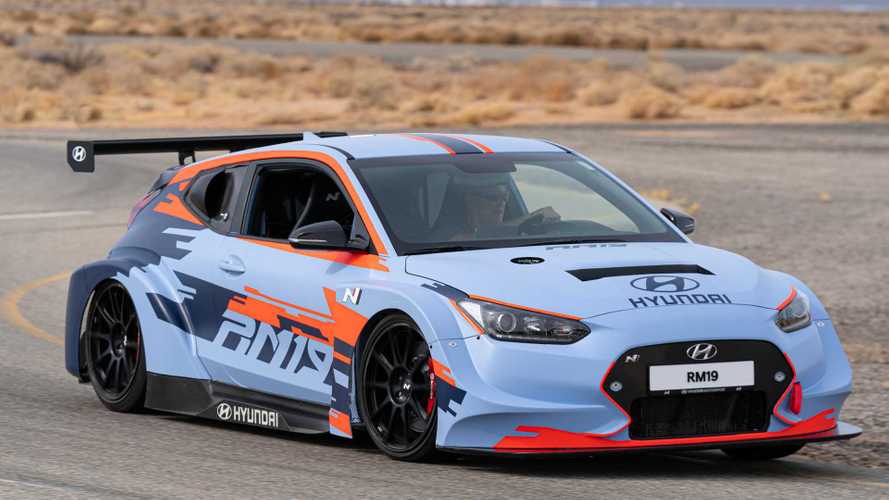 It will stay true to the RM19 concept shown in L.A.

We’ve seen our fair share of mid-engined Hyundai concepts, starting off with the Veloster Midship from 2014, which was followed a year later by the RM15 with a massive weight loss. The South Korean brand didn’t stop there as more concepts with the engine mounted behind the seats were revealed in the subsequent years, with the RM19 currently on display at the Los Angeles Auto Show representing the latest development.

The efforts won't be in vain as all the time and money invested into the ambitious sports car project will materialize in a couple of years when Hyundai will actually launch a production vehicle featuring a mid-engined layout. The reveal was made by a company spokesman in an interview with Car and Driver this week in L.A. He went on to mention “Biermann doesn't do these things [concepts] just for kicks,” in reference to the company’s R&D boss, Albert Biermann.

C&D says the road-going model will stay true to the Veloster-based RM19, but without the crazy aero and beefy fenders. The Hyundai representative said “it wouldn’t look dissimilar,” but some of the details will be toned down to make the mid-engined sports car more feasible for a production model. The standalone N model and halo car for Hyundai’s performance lineup is currently in L.A. packing 390 horsepower from a turbocharged 2.0-liter gasoline engine adapted from a TCR-spec race car.

The two-seater, two-door coupe sends the engine’s power to the rear wheels through a six-speed sequential gearbox identical to a TCR race car, although Hyundai doesn’t specifically mention the Veloster N TCR or the mechanically related i30 N TCR. With a 0 to 60 mph time in less than four seconds and a top speed of over 155 mph (250 km/h), the RM19 is seriously fast, and hopefully its production counterpart won’t stray away from these performance numbers.