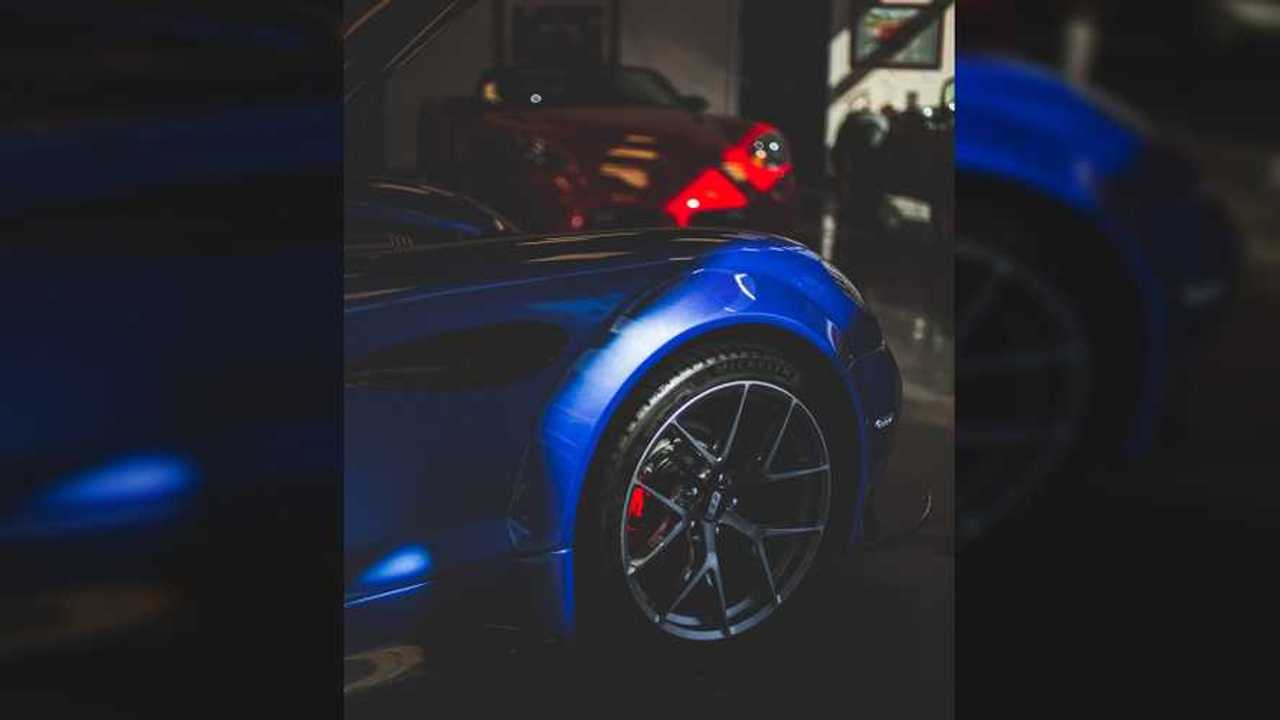 Is that you, Avezzano?

It appears Panoz has something new in the works. That is, something newer than the weird DeltaWing coupe it was involved with back in the day, not to mention the Green4U race car, of which Panoz founder Don Panoz was involved with. There was the Panoz Abruzzi that showed up 10 years ago and went nowhere, and most recently there’s the Avezzano, which currently lists on the company’s website as being available for $159,900. Now, we have these four teaser photos posted today on Twitter.

There’s no denying the strong resemblance we see in these photos to the aforementioned Avezzano. The teardrop vent on the fender is a dead giveaway, not to mention the design of the seats and what we can see of the interior. There’s no guessing as to what’s under the hood, since the teasers clearly show a supercharged LT4 V8 from GM. As fitted in the Chevrolet Camaro ZL1, the mill develops 650 horsepower (485 kilowatts), so it’s safe to say this Avezzano upgrade will be seriously fast.

Other Future Sports Cars To Ponder:

Note that we did say upgrade here. At a glance, the teasers seem to match perfectly with what we see of the Avezzano on Panoz’s website. However, engine options listed for the car include a 6.2-liter supercharged V8 making “580-plus hp,” which sounds like the mill used in the previous-generation ZL1. The teasers also show some rather ornate features, not the least of which being some kind of wood-trimmed storage compartment at the rear. If that’s not enough, the post flat-out says “a sneak peek into extraordinary performance and ultimate luxury all in one.” In other words, it sounds like the Avezzano is getting a posh and powerful upfit.

When can we expect to learn more? Chatter regarding Panoz these days is very quiet so we have nothing to go on aside from this tweet, which clearly says final reveal coming soon. Whether that’s next week or another 10 years, we’ll have to wait and see.