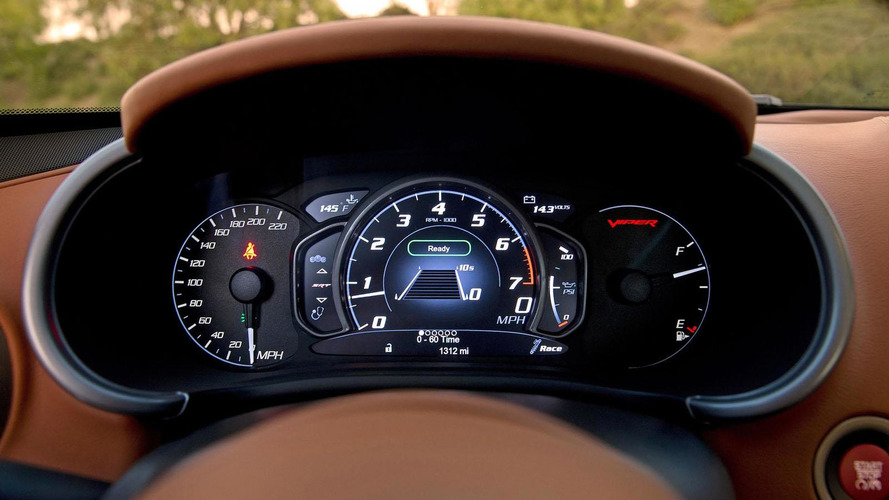 The crew at Drag Times has put the SRT Viper through its paces at the Palm Beach International Raceway. During testing, the team was able to run the quarter mile in 11.1 seconds at 127.4 mph (205 km/h) by using launch control.

The crew at Drag Times has put the SRT Viper through its paces at the Palm Beach International Raceway.

While times are impressive it is important to note that the car was equipped with Mickey Thompson drag radial tires. This sounds like an advantage, but Drag Times says the tires were taller than the stock tires which made the model "bog [down] after the initial launch."

As we have previously reported, the Viper is powered by an 8.4-liter V10 engine that develops 640 bhp (477 kW) and 600 lb-ft (814 Nm) of torque. It is connected to a six-speed manual transmission which enables the model to achieve the aforementioned numbers as well as hit top speed of 206 mph (331 km/h).