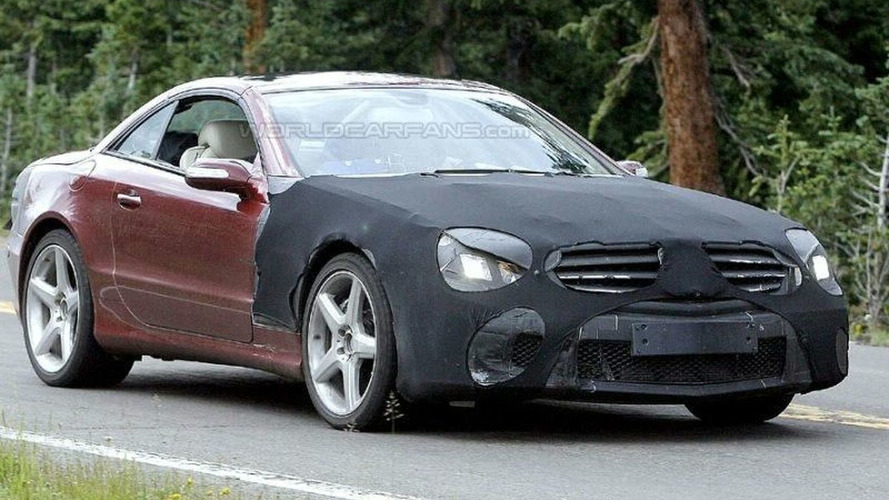 Things were getting slow in the Californian desert recently, so we took a little drive and stumbled upon a group of AMG prototypes.

Things were getting slow in the Californian desert recently, so we took a little drive and stumbled upon a group of AMG prototypes. There has been a lot of speculation regarding these Mercedes SL pictures, but based on all the information that weÃƒÆ’Ã‚Â¢ÃƒÂ¢Ã¢â‚¬Å¡Ã‚Â¬ÃƒÂ¢Ã¢â‚¬Å¾Ã‚Â¢ve been able to obtain, we believe this is a prototype for the facelifted 2009 model. While the SL underwent a minor makeover last year, the modifications for this second overhaul seem to be quite radical and will include CLS-style headlamps together with a new bumper, air intakes and grille. Camouflage over the rear lamps is hiding a new shape and new LED configuration.

While the current generation R230 is already six years old, the next generation should have been released already under typical high volume passenger car life cycles. However, the SL is not your typical high volume car and closer examination of its history shows the previous R129 generation on the market for 12 years, and the one before that was 16 years. So it comes as no surprise, the SL is taking longer than most to update itself. If the SL's lifespan was measured in dog years, it would be the equivalent of 224 human years. However, with the dwindling attention span of consumers, we can expect the next gen to not go quite as long, with an arrival around 2012.

At this point we donÃƒÆ’Ã‚Â¢ÃƒÂ¢Ã¢â‚¬Å¡Ã‚Â¬ÃƒÂ¢Ã¢â‚¬Å¾Ã‚Â¢t expect any engine changes, as that will likely wait until the all-new SL debuts. While the red car appears to be the SL 63 AMG, the silver one with a mesh grille is believed to be the SL 65 AMG.