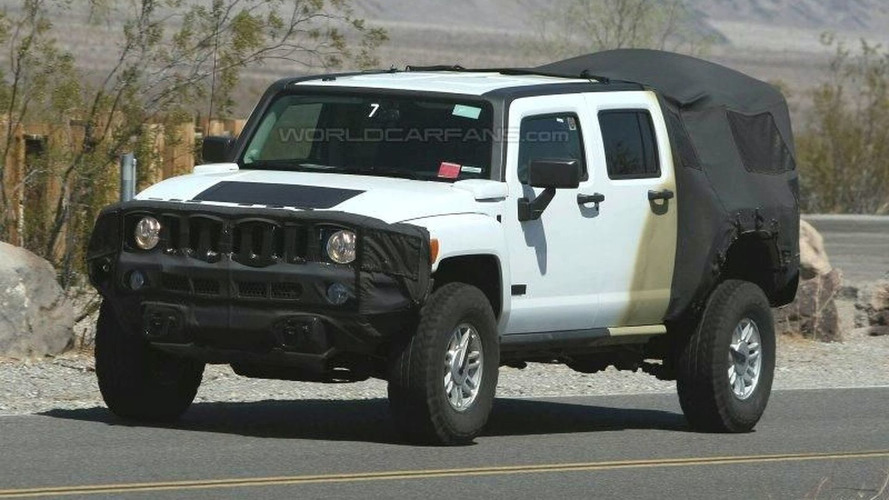 Completely covered in the prototype is the short pickup truck bed, about 4 feet long, which will probably be outfitted with an optional assortment of locking storage boxes as shown in the concept vehicle.

At the Los Angeles Auto Show in Dec. 2003, Hummer showed its H3T concept truck. This was a 2-door pickup targeted at truck enthusiasts who wanted the Hummer image, but in a smaller, pickup truck configuration. Now this concept is making its way to reality as these photos capture a prototype undergoing hot weather testing in Death Valley, California.