Cadillac CTS Sport Wagon to be Unveiled at Pebble Beach 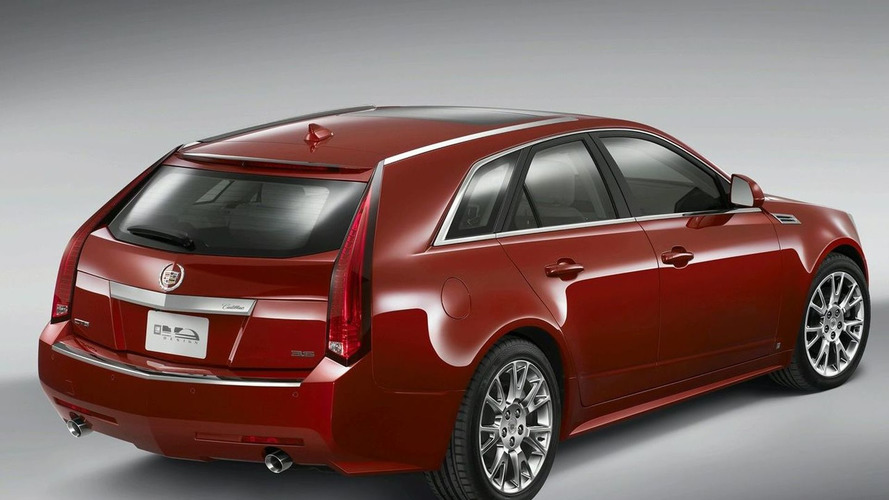 Styling follows on from the hotly selling CTS sedan and also shows the same rear end characteristics as seen on Cadillac's first ever wagon – the BLS.

Just in time for its world debut at the Pebble Beach Concours d’Elegance, Cadillac has revelaed the first pictures and details of the 2010 Cadillac CTS Sport Wagon. Styling follows on from the hotly selling CTS sedan and also shows the same rear end characteristics as seen on Cadillac's first ever wagon – the BLS.

“The addition of this dramatically-designed Sport Wagon is well synchronized with today’s changing consumer tastes as a compelling alternative to SUVs or other larger vehicles,” says Jim Taylor, Cadillac general manager. “This is an important step in Cadillac’s ongoing global expansion, and of course in international markets like Europe, wagons have been and continue to be very significant.”

It features thick D-pillars and a signature V-shaped deck and tailgate motif, the tall tail-lights run from the roof line right down to the bumper around the power-opening boot hood. All in all, the design creates a rather imposing presence, which of course ,we expect from the brand. Other modifications over the sedan include a new set of 19inch wheels and a larger panoramic rear sunroof.

The wagon retains the same wheelbase as the sedan, but the overall length of the vehicle drops by 7mm. When the rear seat are in the upright position, the cargo space is set at 25 cubic feet(720 liters) including the adjustable in floor containment area.