Ford Clearing Out Remaining Flex Stock With Up To $6,000 Discount

Earlier this month, Ford announced it’d discontinue the Flex this model year after more than a decade of production. That means the boxy, wagon-like crossovers sitting on dealership lots across the country need homes, and Ford is helping facilitate that with a sizable discount – up to $6,000 off, according to a new report from Ford Authority. However, there are caveats – the discounts only apply to in-stock, all-wheel-drive Limited trim models, and they’re only available in select markets.

Missing The Flex? Ford Has Something New For You:

A similar deal is available for the New York City, Miami, and Los Angeles markets. There, customers can get up to $5,000 off a Flex or finance the crossover at 1.9 percent APR for 60 months with $2,000 cash. Be sure to read the disclaimer before rushing to your local Ford dealership as there are certain requirements for obtaining the discount. 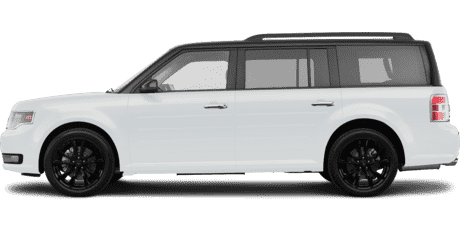 The new incentives are just the latest to come available for the crossover in the last few months. In September, Ford offered up to $4,500 off the Flex. In October, that increased to up to $5,000 off. And now, in November, after announcing the model’s demise, Ford is offering up to $6,000 off the model.

Strangely, the Ford Flex never found success during the golden age of crossovers and SUVs. Did the wagon-like appearance dissuade customers? Maybe. Or did Ford let the product wither and die due to neglect? It doesn’t matter at this point. The Flex is dead, and you can get a great deal.