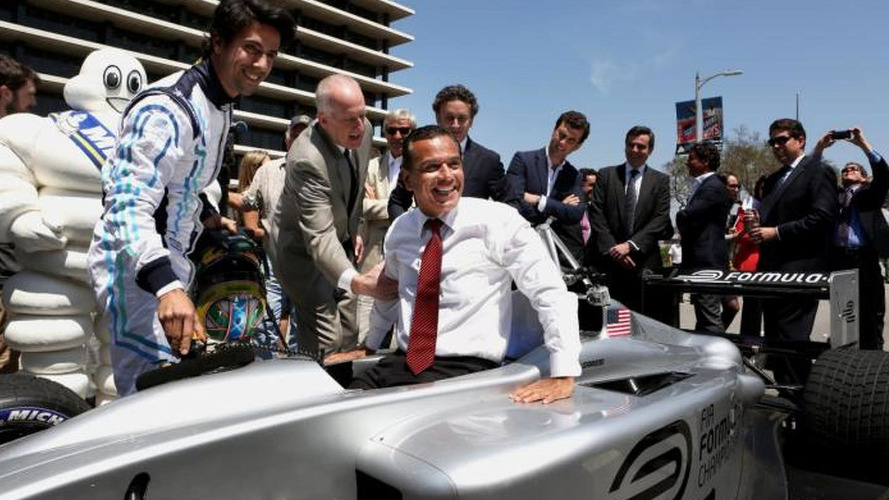 Los Angeles mayor Antonio Villaraigosa participated at the official arrival of the FIA Formula E championship, ahead of next year's first race.

Los Angeles mayor Antonio Villaraigosa participated at the official arrival of the FIA Formula E championship, ahead of next year's first race. He declared "by hosting Formula E Championship races here, we ensure our place as a leader in the charge to generate awareness for electric vehicles and their benefits".

Formula E represents a brand new type of championship consisting of fully electric vehicles with an aim of promoting EVs and sustainable motoring. One of the races selected by FIA will be organized in Los Angeles, along with other venues such as Miami, Rome, London, Putrajaya, Beijing, Rio de Janeiro, Buenos Aires and two additional locations which will be announced soon.

The 2014 Formula E season will consist of 10 teams and 20 drivers which will race electric cars able to hit 140 mph (220 km/h) with zero emissions. Each race is estimated to last about an hour and during mid-race pitstops drivers will have to switch cars as the batteries will be depleted in just 25 minutes, based on a Financial Times report.