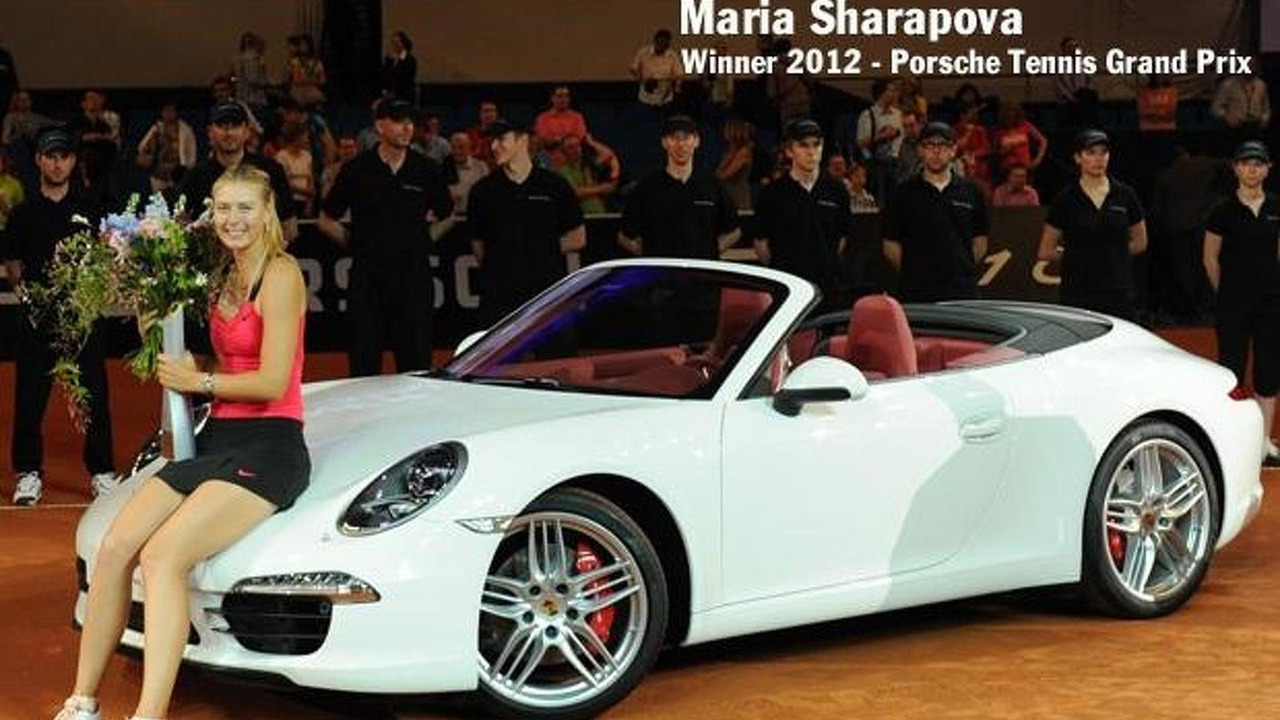 She signed a three-year contract with Porsche and during this period she will be involved in the firm's global communications campaign. She is familiar with the brand as last year in Stuttgart at the Porsche Tennis Grand Prix she won a white 911 Carrera S Cabriolet, along with the prize money.

CEO of Porsche AG Matthias Mueller describes Maria Sharapova as "an exceptional athlete. She combines top performance in her sports with elegance and power. These are precisely the qualities that are embroiled in our sports cars." Sharapova declared during her presentation in Stuttgart "I have had the privilege to be associated with some of the best brands in the world, but now to be partners with Porsche is such an amazing honor."