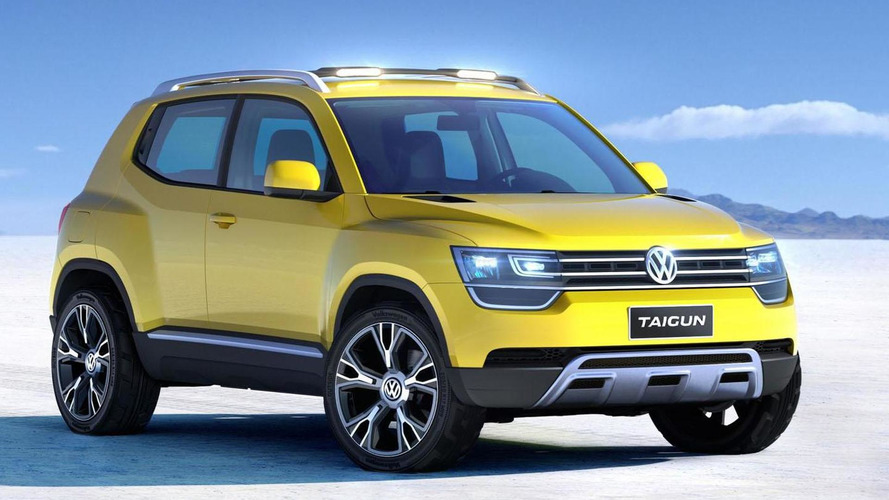 A production version of the Volkswagen Taigun Concept is about to arrive in dealerships soon.

A production version of the Volkswagen Taigun Concept is about to arrive in dealerships soon.

VW's chief designer Klaus Bischoff "deeply believes" the Taigun will reach the market in the near future. Although it was presented in Brazil last year, the small SUV will be sold in Europe and other markets as well since "it would be stupid to sell it in just South America."

As a reminder, the concept is 81mm taller and 83mm wider than the up! and comes with a 50mm longer wheelbase. Power is expected to come from the same engines as the city car, including a turbocharged, direct-injection 3-cylinder 1.0-liter seen in the up! GT Concept. That engine generates 109 bhp (81 kW) and 162 Nm (120 lb-ft) of torque.

Besides the new-gen Tiguan due in 2014 and Touareg scheduled for a 2015 release, Volkswagen is likely to introduce next year a crossover based on the Polo platform which will be positioned below the Tiguan as a smaller and more affordable alternative.