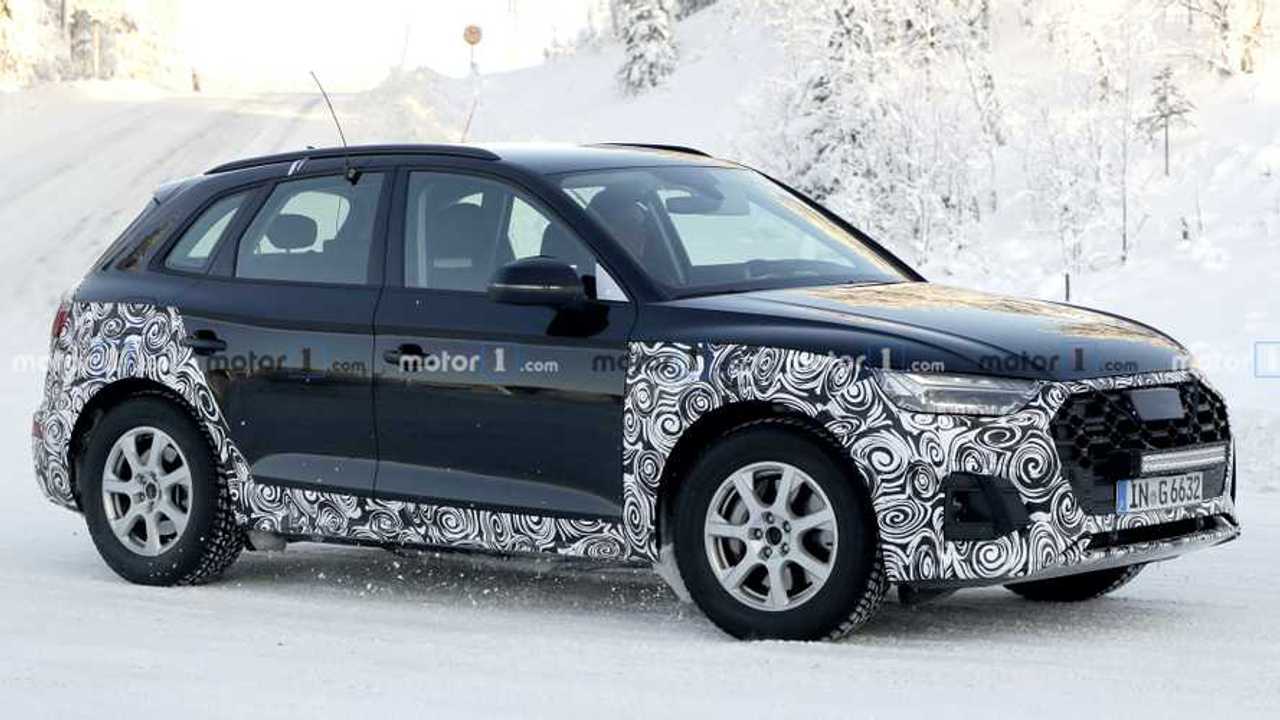 This is a minor update.

The current-generation Audi Q5 debuted for the 2018 model year, ushering in a modern design and the latest technologies. Less than a year later, and Audi is already preparing the Q5’s mid-cycle refresh, and we have new spy photos showing the crossover tackling Arctic snow for the first time.

2021 Audi Q5 Facelift Spied Inside And Out [UPDATE]

The new Audi wears the same camouflage as we’ve seen before, covering the front and rear clips, and the side skirts. The most significant changes are up front, where the Q5 borrows a bit from the larger Q7. The 2021 Q5 will feature a prominent grille and headlights that appear to have a new internal design with a metal strake running through them. At the rear, the camouflage suggests Audi will restyle the Q5’s flanks. The bumper and exhaust also appear updated as does the LED taillights.

While these new batch of spy photos fail to show the interior, earlier spy photos do. However, as this is a mid-cycle refresh, the interior will get a modest update. The dash-mounted touchscreen could grow to 10.1 inches, and there could be updates to Audi’s MMI infotainment system. Other changes aren’t expected, but there could be some color and trim updates.

There’s no word on any powertrain changes coming; however, considering this is a mid-cycle refresh and not a new generation, the current engines should carry over unchanged. There is the possibility Audi could offer a longer-range, plug-in hybrid variant, though there’s no word from the German automaker.

It’s a bit strange to see an automaker updating a new model, but the new Q5 probably won’t debut until sometime next year before going on sale for the 2021 model year. There’s also a good chance Audi wants to keep the Q5 feeling fresh in its competitive segment. It competes against the BMW X3 and Mercedes GLC.