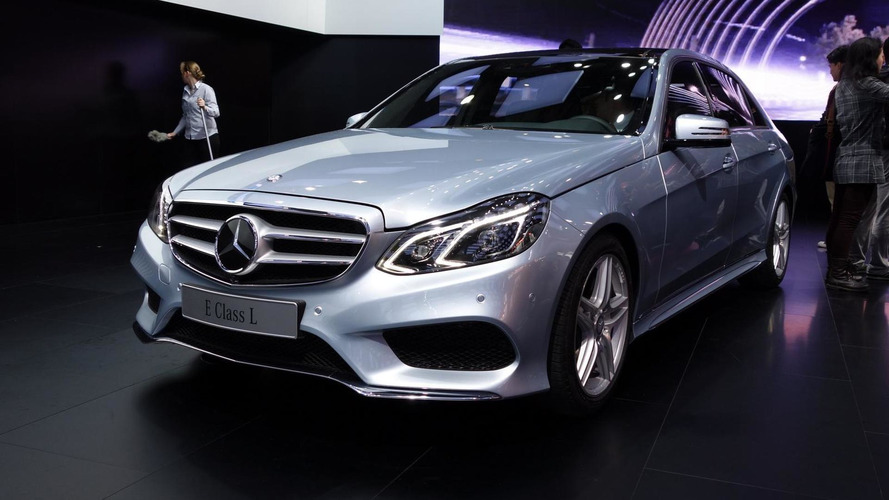 Mercedes-Benz has officially unveiled the E-Class L today during the 2013 Auto Shanghai.

Mercedes-Benz has officially unveiled the E-Class L today during the 2013 Auto Shanghai.

It represents a long wheelbase version of the recently facelifted E-Class which will be sold exclusively in China. The premium sedan has an overall length of 5019mm and its wheelbase has been expanded by 140mm to 3014mm, thus bringing 14cm of additional legroom for the rear passengers.

The E-Class L will be available with a choice of two front fascias: Sedan – with its traditional radiator grille in three-louvre look with the M-B logo on the hood; Sport Sedan – a sportier front end with the big star centrally positioned on the grille. The latter also receives AMG front and rear aprons, side skirts and wheels.

On sale will be the E 260 L BlueEFFICIENCY model powered by a direct-injection, four-cylinder engine producing 204 HP (150 kW), followed by the E 300 L with its 6-cylinder mill rated at 245 HP (180 kW). The range-topping E 400 L is offered also with a six-cylinder with an output of 333 HP (245 kW). All three variants come as standard with an automatic transmission.

Mercedes-Benz says additional variants will join the lineup, including an E 400 L Hybrid which is displayed as a show car in Shanghai.

More info is available in the press release.