2020 Audi S4 Gets Bigger Wheels, Extra Diesel Power From ABT

Subtle changes for the torquey wagon.

ABT recently got its hands on a facelifted Audi S6 in Avant guise to fiddle with its diesel engine and now it’s doing the same with its smaller brother, the S4. Also a wagon equipped with a diesel engine, the recently facelifted performance Avant from Audi Sport has lost its stock wheels to make room for the tuner’s own 20-inch set featuring a diamond-machined black finish for a greater visual impact.

The wagon’s new shoes are complemented by a new suspension kit developed by ABT to lower the S4’s ride height from 15 to as much as 40 millimeters (0.6 to 1.6 inches). The speedy Audi wagon feeding on diesel has also gained a high-tensile spring steel anti-roll bar to sharpen up handling while going fast through the corners. In typical ABT fashion, the Kempten-based tuner is keeping things subtle in terms of visual changes as you can’t immediately tell the car has been modified.

It all sounds lovely, but what about more power? Indeed it has, with the electrified 3.0-liter V6 TDI no longer developing the standard 342 horsepower and 516 pound-feet (700 Newton-meters) of torque. It has been massaged courtesy of ABT’s custom engine control unit to push out 378 hp and a meaty 560 lb-ft (760 Nm). 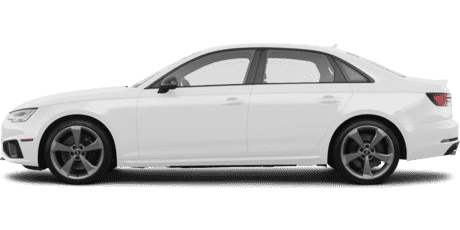 It goes without saying the extra 36 hp and 45 lb-ft (61 Nm) have improved performance off the line as the S4 Avant only needs 4.7 seconds to hit 62 mph (100 km/h) or two tenths of a second less than the stock model. Applying this upgrade to the slightly lighter sedan will result in a sprint time of 4.6 seconds, which is only half a second than the crown jewel in the A4 lineup – the mighty RS4 Avant.

The S4 package is the latest in a series of upgrades prepared by ABT for a variety of Audi models, ranging from the tiny A1 Sportback to the SQ8 luxobarge.

ABT Has A Soft Spot For Audi Models: