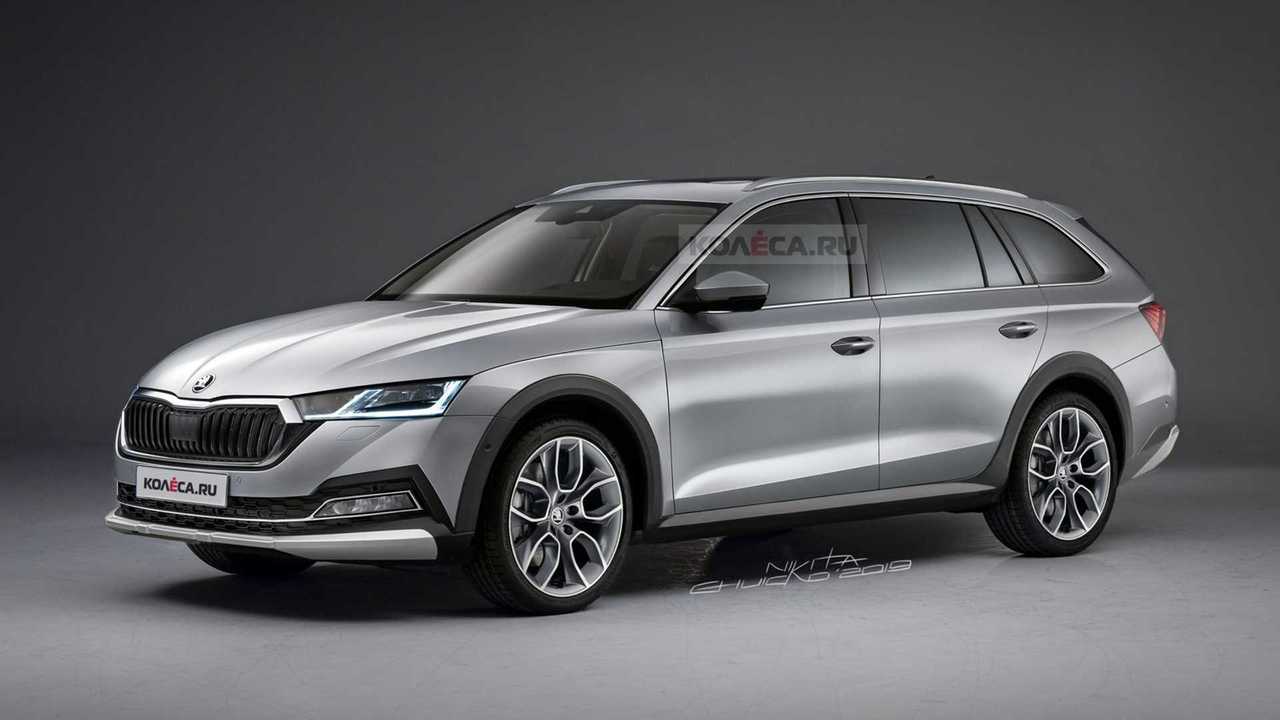 All the car you could ever need, provided it's from a mainstream brand.

Skoda’s unveiling on Monday of the fourth-generation Octavia has fueled the imagination of several independent artists trying to imagine future derivatives of the best-selling car to ever come from the Czech Republic. The RS and Scout have both been confirmed for a 2020 debut, and having seen a speculative rendering of the former on Thursday, it makes sense to share a digital exercise of the latter as well.

With Skoda’s design language being quite predictable, it’s not all that difficult to largely figure out how the Octavia Scout is going to look like after checking out the new regular Combi. Jack up the suspension a little bit for extra ground clearance (+30 mm in the case of the previous model), add black plastic body cladding for ruggedness, and front and rear skid plates for better protection when going off the beaten path. That’s what our friends at Kolesa.ru have done here after using as a foundation official images of the standard wagon.

We have a feeling the VW Golf Alltrack’s Czech alter ego will look a lot like this once it will be revealed sometime next year. Standard all-wheel drive is a given, and so is an automatic transmission. The engines will obviously be carried over from the regular Octavia Combi, but don’t expect the small three-cylinder 1.0-liter turbo to be offered.

A look at the technical specifications for the new Octavia reveals the 1.5 TSI can’t be had with all-wheel drive, and it might be a similar story with next year’s Scout. The 2.0 TSI with 190 horsepower and 320 Newton-meters (236 pound-feet) of torque has high chances of being installed underneath the rugged wagon’s hood. On the diesel side, we’ll likely find the 2.0 TDI in 150 hp and 200 hp flavors, with 360 Nm (266 lb-ft) and 400 Nm (295 lb-ft), respectively. All these four-cylinder engines can be hooked up to a seven-speed DSG in the standard Octavia Combi.

Look for a reveal at a major auto show, either in Geneva in March or September in Paris.