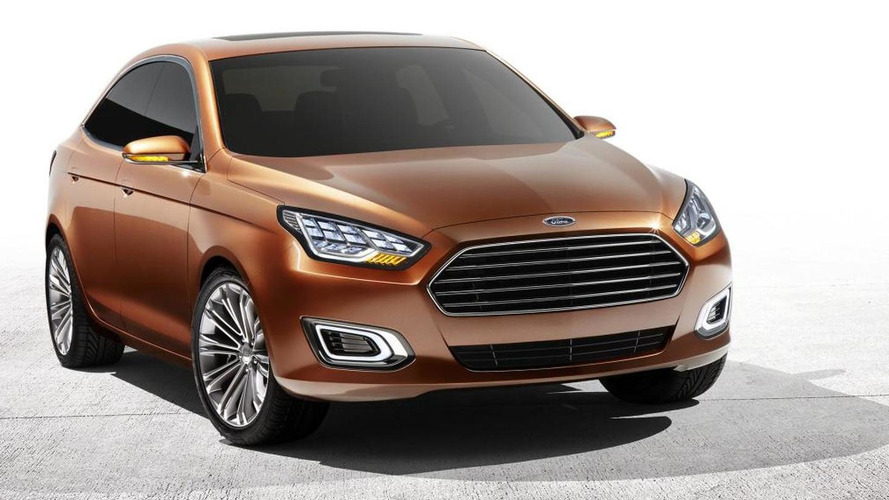 Ford has revived the Escort nameplate with a new concept which is being showcased starting today at 2013 Auto Shanghai.

Ford has revived the Escort nameplate with a new concept which is being showcased starting today at 2013 Auto Shanghai.

Set to compete in the C-segment, the new Escort Concept is a preview of an upcoming compact sedan which will be sold exclusively in China. It adopts Ford's most recent styling language with the Aston Martin-inspired chromed front grille and an overall look which resembles the larger Mondeo/Fusion. We also notice those rather busy LED light clusters which certainly won't make it once the production version is out.

Ford describes the Escort Concept as "a fun driving experience, high level of technology, exceptional roominess, uncompromised and sophisticated design." Most likely Ford is reviving the Escort moniker only for the Chinese market because the name still holds resonance in that country as many classic models are being imported and lots of old Escorts are auctioned frequently.