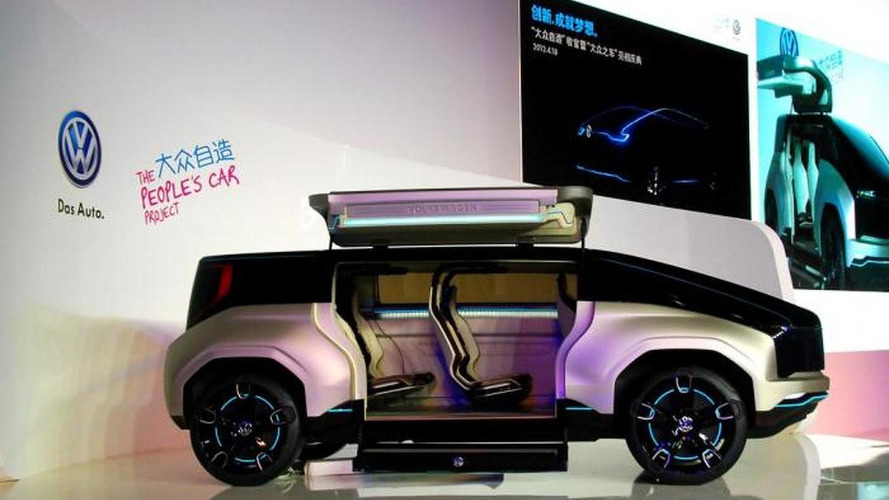 Volkswagen has quietly introduced the 4Fun concept at the Shanghai Motor Show.

Volkswagen has quietly introduced the 4Fun concept at the Shanghai Motor Show.

Jointly created with a team of Chinese college students, as part of the "People's Car Project," the 4Fun resembles a futuristic minivan as it features a long body and a top-opening side door. The concept also has a panoramic windscreen, massive alloy wheels and distinctive taillights.

Little else is known about the model, but it is apparently a plug-in hybrid that can be recharged by roof-mounted solar panels or a wireless recharging system. The model is also envisioned to have internet connectivity, an advanced safety system and an autonomous driving system.

Check out the source link for more pictures