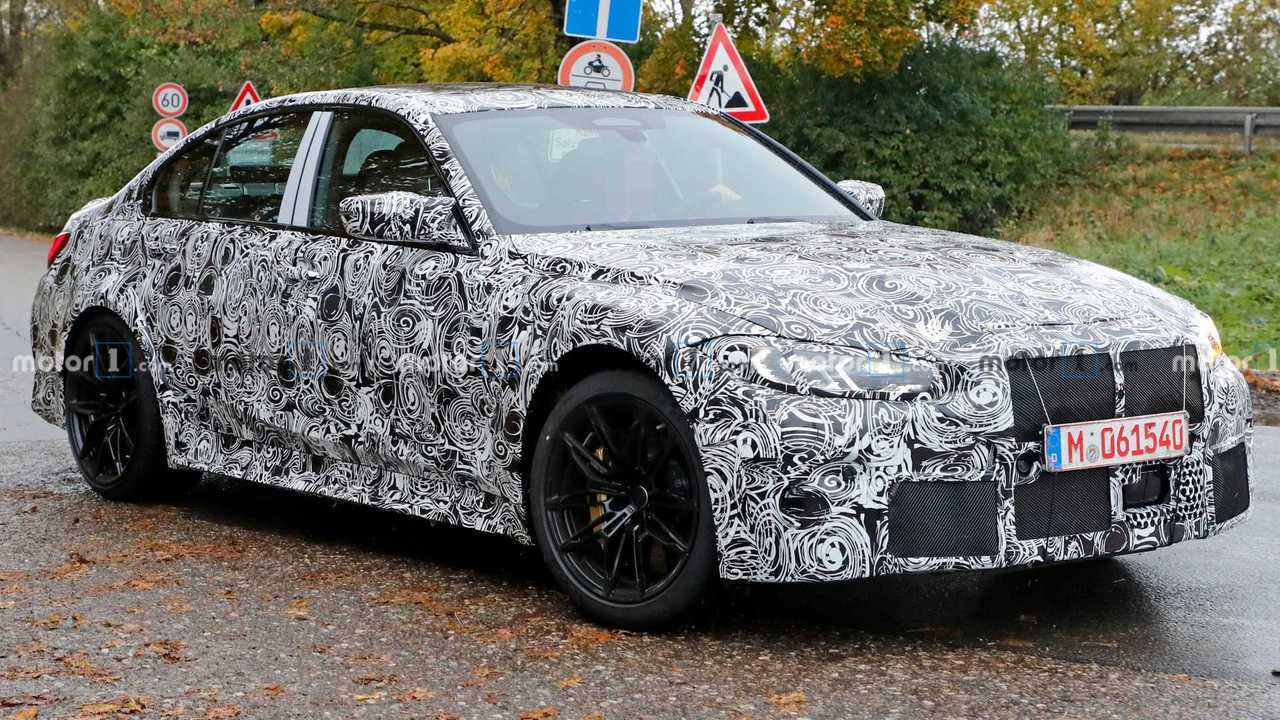 The taillights are completely exposed, and we can also see a good chunk of the headlights.

Little by little, BMW is stripping off camouflage from its M3 prototypes to reveal more of the production details ahead of the car’s reveal sometime next year. Take for example this test vehicle, which aside from the fact it had no disguise on the taillights, the camouflage masking the headlights was kept down to a minimum.

From what we can tell, and judging by that camo-free car spotted presumably at the factory, the headlights will be different than those of the regular 3 Series and will have more in common with what the next-gen 4 Series Coupe is going to receive. To some extent, the front lights are somewhat similar to what we’ve seen on the 8 Series lineup, although likely not as sleek as those.

We can’t talk about the M3 and just ignore the grille, which if it will be anything like the Concept 4’s, it’ll surely generate some controversy. In fact, the same undisguised vehicle had a giant pair of vertical kidneys in the same vein as the showcar, so we are tempted to believe the M3 and M4 duo will share the same face.

Hiding underneath the swirly disguise of the super sedan are the fender flares and a trunk lid spoiler, but the quad exhaust tips are a dead giveaway concerning the car’s identity. The rough cutouts in the rear bumper for the four exhausts suggest the prototype didn’t have the production bumper, but that’s likely the place where the end tips will be on the finalized M3. Another prototype was seen likely within a BMW facility with the rear end fully exposed, so the secret’s out.

All About The New M3:

2021 BMW M3 Spied Showing Some Grille At The Nürburgring
⠀

BMW will have something for anyone (anyone who can afford an M3, that is) as there will be rear- and all-wheel-drive versions along with manual and automatic models. Power should mirror what you’ll find in the X3 and X4 M SUVs along with their hotter Competition counterparts, so we’re looking at up to 503 horsepower and 442 pound-feet (600 Newton-meters) of torque from the twin-turbo 3.0-liter inline-six engine. Needless to say, BMW will probably launch a beefier version later in the life cycles, with an M3 CS being an educated guess in our books.

It will take a while before you’ll be able to get your hands on an M3 as production won’t start until towards the end of 2020.