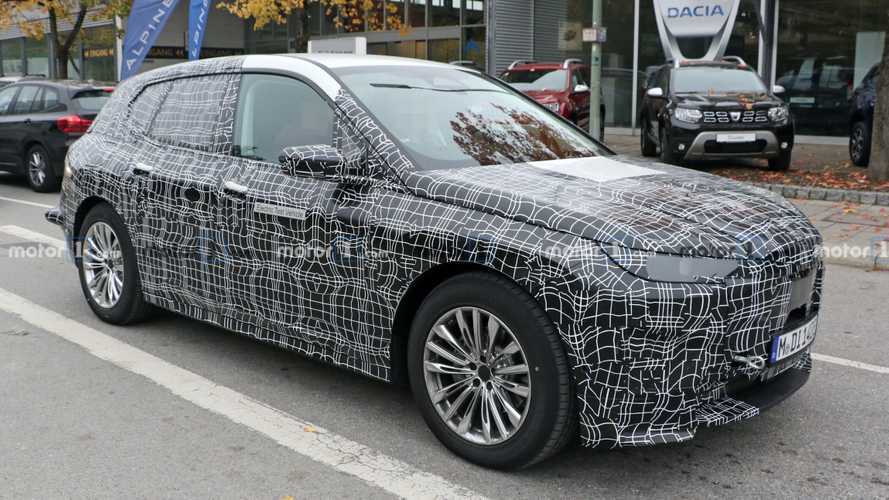 BMW is preparing to launch its next “technological flagship” tentatively named the iNext. If you think that’s a bad name, then you’re not alone. A new report from BMWBlog suggests the German automaker had been debating what to call its electric SUV, with iNext and iX5 at the forefront. Now, though, it appears BMW has decided to just call it iX.

The new name falls in line with BMW’s other naming conventions while giving the automaker some breathing room going forward. The BMW i3 and i8 already exist, and the company is preparing to launch the iX3 and i4, too. Calling BMW’s new flagship iX5 could have caused some problems down the road, especially when the automaker electrifies the X5 crossover.

Get A Look At BMW's EV SUV:

BMW will also keep its traditional naming convention with the iX, meaning the automaker will denote the iX’s power output as well after the model name. Think “BMW iX xDrive40, iX xDrive50, and iX M50 xDrive,” as BMWBlog notes.

Our spy photographers are continuing to capture the iNext out testing, too, which looks production-ready. Earlier this month, we got our first look inside at the curved display dominating the dashboard, which functions as the instrument cluster and infotainment system.

Spy shots of the outside show a traditional crossover shape with an upright grille and sleek headlights. The cladding hides a lot of the crossover’s details so that it could be much shapelier underneath. It’s also difficult to tell how large the grille is; however, it doesn’t appear to be obnoxiously big.

We’ve seen the outside, peeked inside, and likely know the name. However, BMW is keeping much of the iNext’s specs secret. We have no information about the powertrain, range, or recharge times. However, we can expect BMW to offer the EV with several different power, range, and pricing options. We don’t know when BMW will reveal the car, but it’s expected to arrive at dealerships for the 2021 model year.