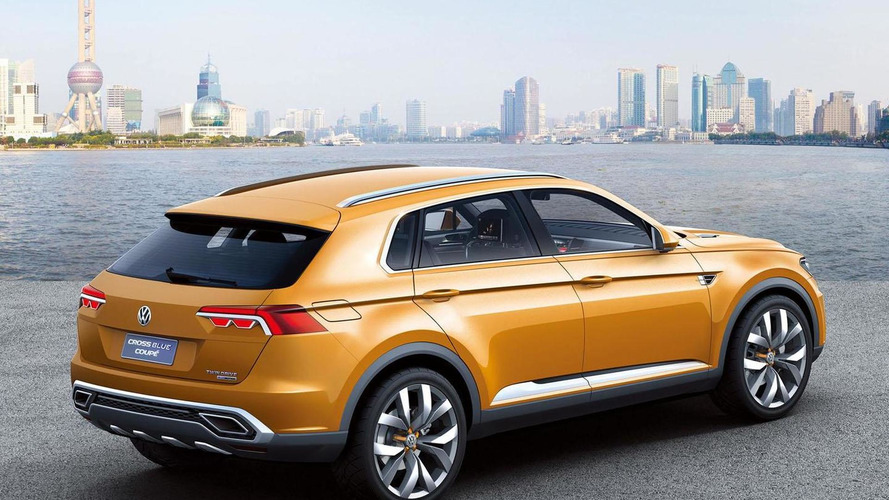 Looking like Volkswagen-ified Evoque, the CrossBlue Coupe is a five-door crossover that has a sporty front fascia with a slender grille and LED headlights. Moving further back we can see a ventilated hood, plastic body cladding and matte aluminum trim. Last but not least, the model is equipped with a tailgate-mounted spoiler and a dual exhaust system that is integrated into the rear bumper.