Jaguar's E-Pace Spied Getting Ready For A Minor Facelift

In September this year, Jaguar released the E-Pace Checkered Flag Edition for the 2020 model year but don’t let the name trick you – the compact crossover is not nearing its production cycle and is here to stay. Not only that, but it’s the next in line for a refresh and these are the first spy photos depicting a trial prototype, spied by our photographers somewhere in the British Midlands.

Just like the facelifted F-Pace that was caught on camera exactly two months ago, its little brother is still wearing a full-body camouflage. Obviously, there are no modifications to the overall shape and proportion but the disguise hints at some revisions to the front fascia. More precisely, the E-Pace is most likely going to receive a new bumper and grille, as well as possibly different headlights.

At this point, the tweaks look less visible at the back but we are tempted to believe there will be revisions to the taillights' graphics. The entire rear bumper is covered in camouflage and there might be a few new touches to the lower part, where the twin-exhaust system is positioned together with the bumper diffuser. 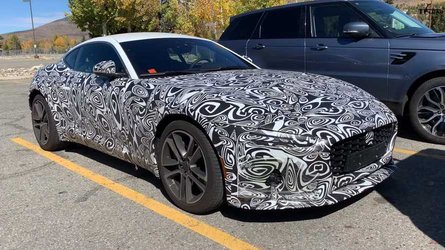 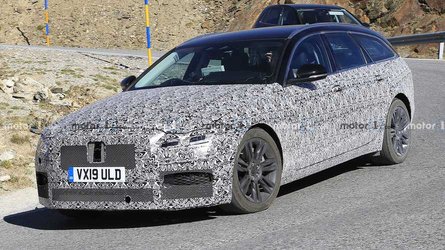 If you live in the United States, the E-Pace currently has a starting price of $38,900 for the base model. At this side of the big pond, the British crossover is available only with a 2.0-liter turbo gas unit, which delivers 246 horsepower (184 kilowatts) or 296 hp (221 kW) respectively, depending on the selected trim level. A nine-speed automatic channels the power to all four wheels and it’s probably a safe guess that these numbers won’t change drastically with the facelift.

The 2021 E-Pace will continue to be assembled at Magna Steyr’s Graz plant in Austria, as well as JLR’s Changshu factory in China. Expect to see the redesigned model towards the second half of 2020.