Watching LaFerrari Aperta Get Paint Protection Is A Zen Experience

This is a completely different level of automotive detailing.

It’s time for a confession. We occasionally feature videos of cars getting into minor fender benders because, yes, there’s a bit of shock value in such things. Actually, we have an entire category dedicated to crashes and wrecks, but this time we’re taking the exact opposite road. This isn’t a video of a fabulous hypercar getting destroyed. Rather, it features a special machine receiving protection. And there’s no other way to say this – the easygoing 10-minute video is as warm and inviting as slippers and tea by the fireplace. It’s not what we usually expect from something featuring a LaFerrari Aperta, but for a late-day clip to usher in a relaxing evening, it's rather perfect. 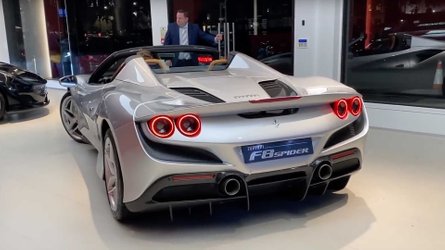 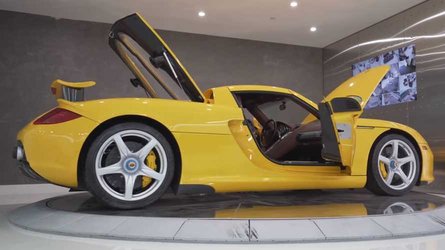 Porsche Carrera GT Owner Finds 10 Things He Hates About It

For those not familiar with the process of paint protection, it’s not just some fancy word for applying an expensive coat of wax. Actually, some places might describe such a process that way, but not London-based Topaz Detailing. According to the company’s website it handles the largest volume of supercars in the world for detailing and paint protection, which in this case means applying an actual clear film over the entire car to keep the finish well and truly protected.

The video at the top of the article takes you through the process, which for this very special LaFerrari Aperta started with a Level 4 detail. At Topaz Detailing that means everything was cleaned and polished, including the wheels (inside and out), suspension components, the underbody, interior, and engine bay. Beyond that, pretty much anything with a coat of paint also received correction to remove any scratches, swirls, or blemishes.

With the Ferrari properly cleaned, paint protection commences with the application of the company’s clear film. In this instance, each area of the LaFerrari Aperta’s exterior receives its own custom-designed and pre-cut section of film, meaning there’s no trimming once it’s on the car. The film goes over everything with paint – including the wheels, and edges are wrapped to create a seamless final product. A heat gun seals it up, and we must say, it looks fantastic. 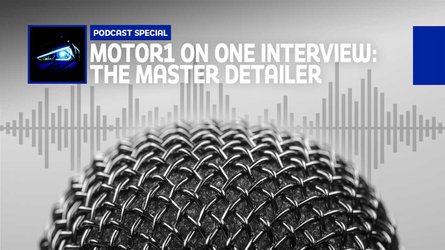 Motor1 On One With Master Detailer Todd Cooperider

According to the company's website, such a process takes four days to complete and pricing starts at £3,600. That converts to approximately $4,627 in U.S. currency, which isn't cheap by any means. But for a multi-million-dollar machine like this Ferrari, such protection is barely a drop in the bucket.