2020 Corvette Doesn't Like The Snow, Crashes On Detroit Highway 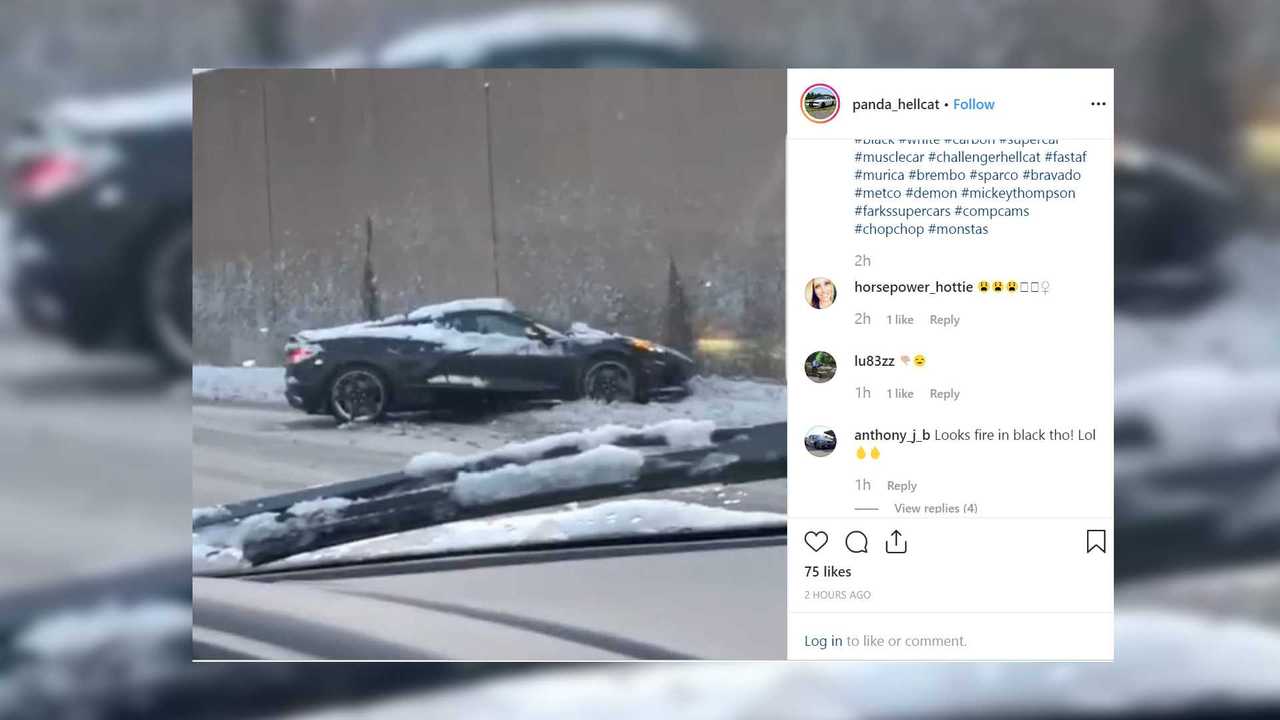 It's going to be a long winter.

Oh boy, it’s that time of year. Winter weather is hitting many of us in the U.S. a bit early, and those familiar with the commuting scene in southeast Michigan are acutely aware of what happens when the first snowfall of the season settles on the roads and highways. The term bumper cars comes to mind, though to be honest, we didn’t expect to see a C8 Corvette pinned to the wall.

And yet, that’s exactly what we see in this Instagram photo from panda_hellcat. The Drive caught the action – or in this case, inaction – as did Jalopnik which sourced up a video of the incident. We have very little information, save that it’s a new Corvette that, despite having most of its weight on the rear wheels, took issue with pushing through a recent six-inch snowfall.

It's Not Even Available Yet:

The incident reportedly occurred just today on I-75 in Detroit, one of many spinouts, fender benders and ditch excursions that accompanied the first major snow event of late 2019. This one stands above all others because it’s a Corvette, and folks around the world are still C8 crazy despite nearly four months since it officially debuted. It also stands out because the 2020 Corvette isn’t on sale yet. In fact, the recent UAW strike against GM delayed the first C8 deliveries until early next year.

Was Mark Reuss Behind The Wheel?

That means this is a preproduction car, likely in the care of GM. And that means the person behind the wheel could be in a bit of trouble. We suppose it depends on whether or not the car nosed into the wall, or if the snow pile stopped it short of a full impact. Yes, accidents happen. But when it comes to piloting a 490-horsepower mid-engine supercar owned by someone other than you, best to take it really easy when the weather turns ill. Or better yet, don’t take it at all. Lest ye end up doing the rounds in the daily online auto news feeds.