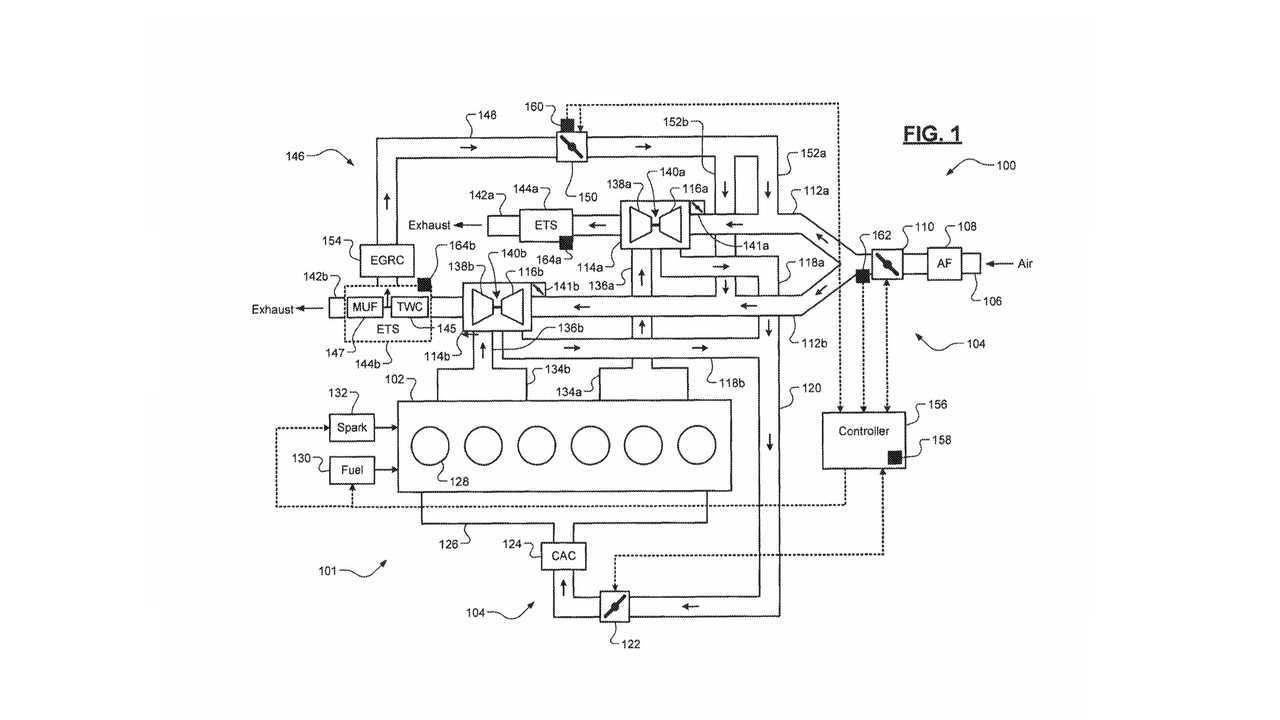 In its most powerful version, it could have more than 500 hp.

It’s a poorly kept secret that Fiat Chrysler Automobiles is working on an all-new inline-six turbo engine but so far we’ve only heard unconfirmed rumors about that unit. Now, a new patent filing comes to prove that the project codenamed GME-T6 (Global Medium Engine Turbo-6) is indeed in the works, albeit in the very early stages of development.

First unearthed by Moparinsiders, the patent drawing shows a six-cylinder inline engine with a newly designed EGR (Exhaust Gas Recirculation) system for use with turbocharged gasoline engines. Patent number 10,247,142 filed with the U.S. Patent Office by FCA US LLC depicts an engine that is very similar to FCA’s GME-T4 inline-four turbo motor but obviously has two more cylinders.

It’s important to note that the patent was filed on November 1 two years ago and granted on April 2 this year.

It is believed the new inline-six engine will power various products from FCA’s portfolio at both sides of the Ocean. It will reportedly feature the company’s upcoming eBooster technology, which promises to deliver up to 25 percent more power and eliminate the turbo lag. Moparinspiders says the new engine will be available in different output options ranging from about 360 horsepower (268 kilowatts) up to more than 500 hp (373 kW). The latter is rumored to be used as a replacement for the shelved 7.0-liter HEMI V8.

It’ll be very interesting to see whether the newly formed conglomerate with PSA would affect the development of the new inline-six engine in any way. Now effectively the fourth-largest automaker in the world plans to retain all 13 brands onboard, which could mean the new high-output motor could find a place under the hood of products from the PSA portfolio. While a six-cylinder Peugeot or a Citroen seems highly unlikely, a new Opel Insignia OPC sounds like an interesting opportunity.