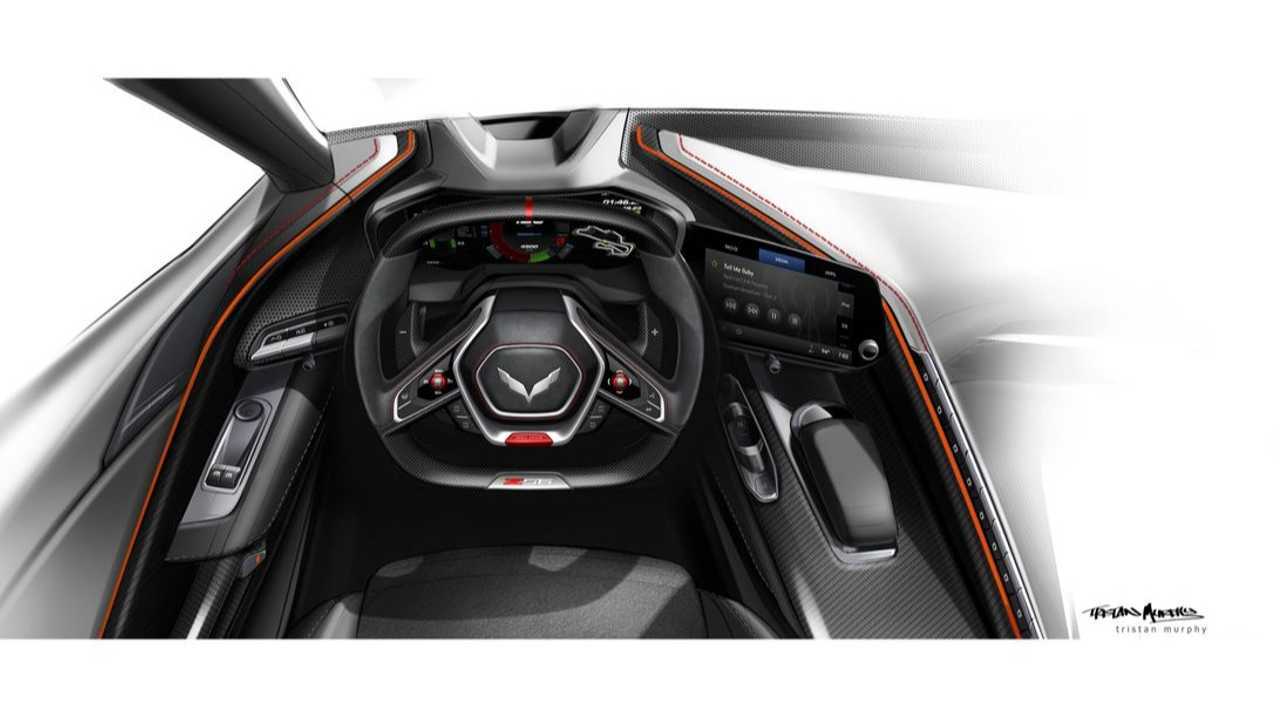 The design sketch comes straight from Chevy, so it has to be the real deal.

Even though production of the new mid-engined Corvette Stingray has been delayed until February 2020, it appears Chevy is already eager to give us a glimpse of the hotter Z06 – or so it seems. Our colleagues at Roadshow managed to get a hold of what appears to be an official interior sketch straight from the company with the bowtie emblem.

For what it’s worth, the adjacent image is different than the multiple design sketches detailed by C8 team members back in August during an in-depth presentation of the mid-engined sports car at the National Corvette Museum’s 25th Anniversary celebration. The slideshows focused primarily on the car’s exterior and how it evolved from day 1 to the production model, and there were a couple of images depicting the interior, but this one hasn’t been seen before.

The compare images tool below shows the yet-to-be-confirmed Z06 next to a fully loaded Stingray 3LT with the carbon fiber interior trim option.

The most obvious clue we’re dealing with a high-performance version of the eighth-generation Corvette is the “Z06” badge on the bottom of the steering wheel. The folks over at Roadshow have dissected this image and discovered the track layout featured in the digital instrument cluster depicts the Mugello Circuit in Italy. In addition, “ARM” appears to be selected in the driver’s display, while below the steering wheel’s airbag it says “Spec Mode” on what may be a button.

We’ve also noticed a couple of other details that are worth mentioning, such as the more generous use of carbon fiber throughout the cabin. Go for the optional $1,500 carbon fiber interior trim on the regular Corvette and you won’t get as much carbon fiber as seen here since the upgrade for the Stingray only includes the instrument cluster surround and the console/door switch plates. In this image, it’s all over the center console and dashboard as well as on the shift paddles and steering wheel, which would make sense given the Z06’s higher positioning in the range.

The Latest On The C8:

To the right of the design sketch, you’ll find the name Tristan Murphy and his signature. That name might not ring a bell, but he’s been working at General Motors for 13 years and six months according to his LinkedIn profile. His current position is Interior Design Manager after serving as the Lead Creative Designer for several years.

Of course, this doesn’t necessarily mean the Corvette Z06 will have an identical interior as the sketch could be merely a representation of how a designer envisions a hardcore ‘Vette. However, the fact that it stays true to the actual production C8 Stingray could mean this is what Chevy has in mind for the hotter derivative.