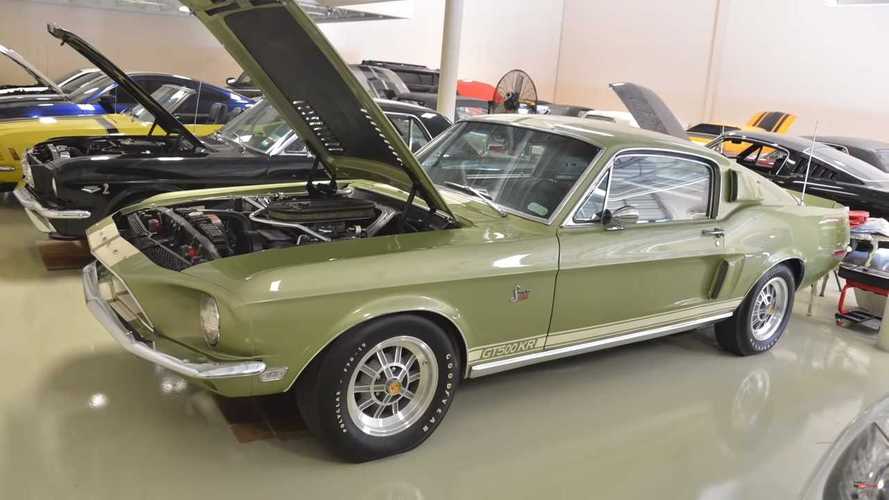 It's one thing to collect cars, but making them your own is special.

We’ve featured many car collections at Motor1.com over the years, everything from ultra-rare exotics to superb classics, muscle cars, crazy custom creations, and forgotten gems. We've occasionally seen Mustangs through all that, but this is the first time we’ve encountered a full collection devoted solely to Ford’s storied pony car. And for something of an ironic spin, this collection comes to us not from the U.S., but south of the border from a devoted Mustang enthusiast in Mexico.

Jerry Heasley on YouTube brings us this video that goes inside an unnamed private owner’s garage, and before we go further there’s something that must be mentioned here. This collection is epic, and we’re not saying that because it’s full of vintage first-generation Mustangs. Those of you with keen eyes and Mustang knowledge will have no trouble spotting various non-original items and clones of some rather iconic models. As the tour guide in the video explains, this isn’t a collection of machines adored for originality. The owner of these cars loves Mustangs, and he loves giving them a personal touch. There’s certainly nothing wrong with having a flawless array of completely original cars, but we also adore folks with a passion for motoring. And when it comes to making a car your own, few nameplates have done it so well over the years than the Mustang.

That’s why we don’t flinch even a tiny bit over the orange Boss 302 clone, and actually, that slightly altered side stripe looks gorgeous. We love the custom touches on the black 1965 coupe, and what’s not to like about having a sweet GT500 Eleanor copy with a convertible top? That’s not to say the collection is entirely custom – we start right off the bat with an original 68 Shelby GT500 that’s “99 percent” restored. A few minutes and decades later we get to a white 2007 - 2009 Shelby GT500 with the red stripe package.

The Answer Is Always Shelby:

Okay, the blue late-model GT500 was misidentified on-camera (it’s a 2010-2012 model) but that’s forgiven when we see the cool 1972 convertible, not to mention the original, unrestored 1968 California Special. There’s even a yellow SN95 5.0 convertible hiding in the corner, complete with upgraded 1996-1998 taillights, and you know we have a soft spot for SN95 convertibles. Well, at least one Motor1.com scribe does, anyway.

Having seen so many spotless garages with vehicles parked in meticulous order and surrounded by life support equipment, it’s nice to wander through the garage of an enthusiast where you get the sense that cars are waiting to be driven, not simply admired. We so need more of this in our lives.