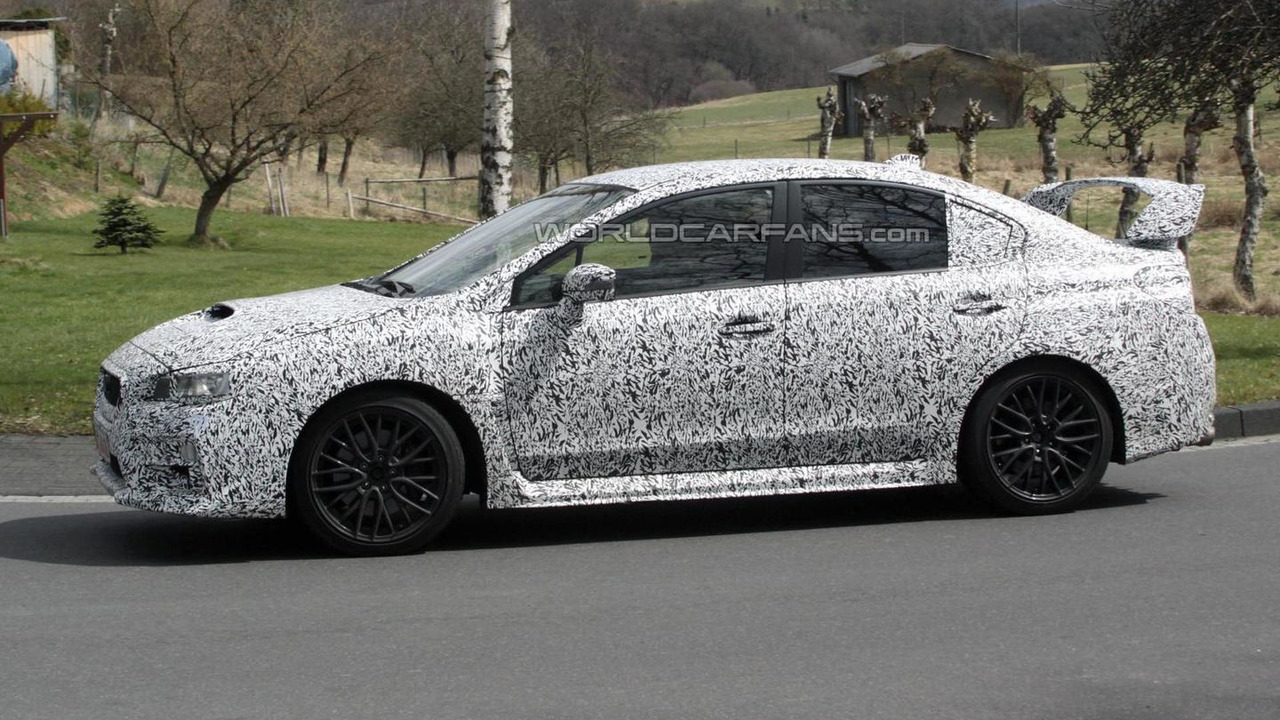 Here is the first spy video of the new Subaru WRX which is likely to go on sale later this year as a 2014MY.

Here is the first spy video of the new Subaru WRX which is likely to go on sale later this year as a 2014MY.

We could be looking at the hotter STI version judging by that huge rear wing which looks similar to the one seen on the 2013 WRX STI. This prototype also sports a more toned-down variant of the concept's rear diffuser, while the wheels look similar but with a black finish.

Overall, the styling of the car is not as exciting as the concept showcased in New York last month since it appears the production version will adopt a regular sedan body with narrower fenders, taller roof and smaller lower intakes.

Power should come from a 4-cylinder, 2.0-liter boxer engine but it's not known for the moment whether turbocharging will be involved. Chances are it will be a different variant of the mill found in the Subaru BRZ but with a bespoke direct-injection system. We should expect an output of around 265 bhp (198 kW) for the regular WRX and a minimum of 305 bhp (227 kW) for the STI variant.

Subaru will probably offer the 2014 WRX with a symmetrical all-wheel drive system and in the usual sedan and hatchback body styles.