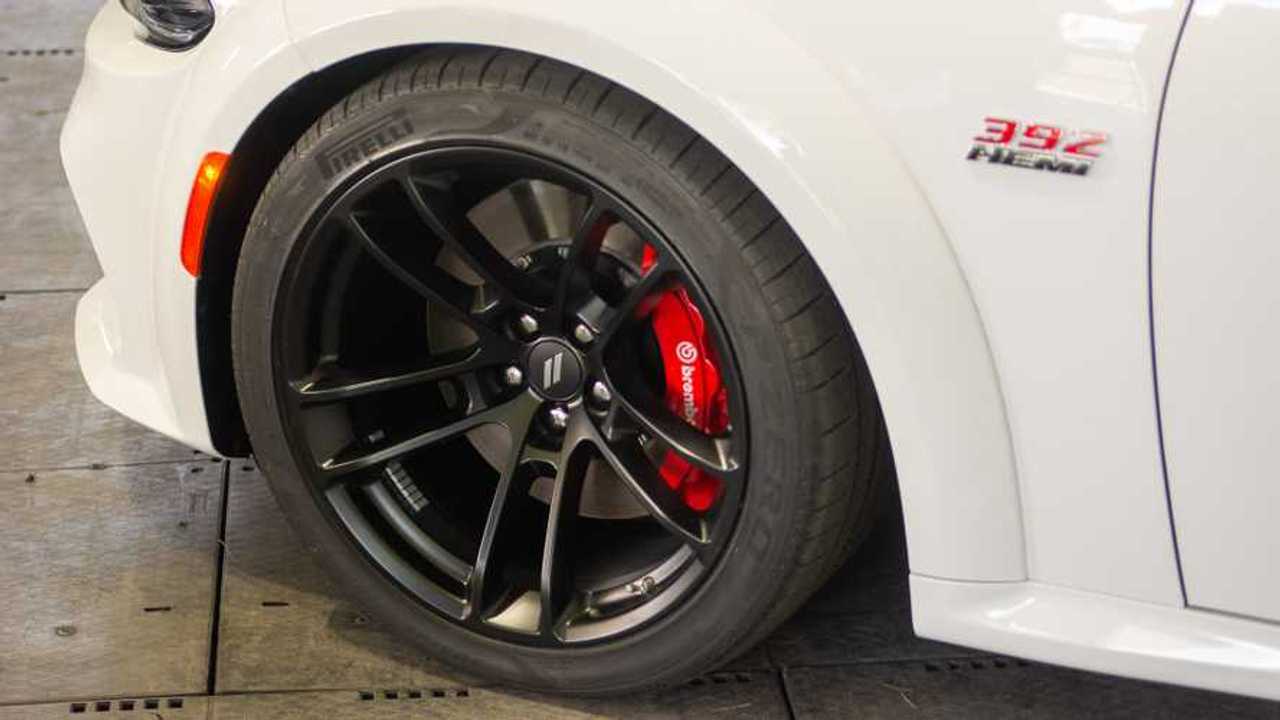 173 vehicles have a wheel/brake package combo that doesn't leave enough room for the front tires.

Assembling thousands of parts to create a modern automobile looks pretty cut-and-dry on an assembly line, but it’s still a tremendously complicated process and mistakes can happen. Case-in-point is this report from Allpar.com highlighting an instance where the wrong wheels were installed on 173 Dodge Challengers and Chargers between May and September of this year. That doesn’t sound like a big problem, though the mistake could cause front tires to hit steering knuckles. That could certainly lead to trouble, hence FCA’s official recall of the affected vehicles.

Specifically, FCA is recalling 111 Chargers built from May 28 through September 25, and 62 Challengers also built from May through September 20. Exact information on which Charger/Challenger submodels are affected is unknown – we contacted FCA for further info and were directed to the NHTSA recall notice for the issue. No claims, accidents, or injuries are believed to have occurred as a result of the issue.

What exactly is the problem? In short, some cars were fitted with mid gloss black wheels bearing part number 5LD37RXFAA and a certain brake package, and that combination doesn’t leave enough clearance for the front tires. According to Allpar.com, this was apparently a combination that could be ordered, but obviously it was discovered after the fact to be incompatible. The recall notice doesn’t provide additional information on the brake package and wheel, but a quick eBay search for the aforementioned part number brings up results for Dodge’s dual five-spoke 20-inch wheel used on the Scat Pack.

The fix, as you might image, is to replace the wheel with one that is compatible with this specific brake package, and conduct an alignment if necessary. FCA lists the replacement wheel as part number 5M84MALAC, which on eBay brings up another 20-inch Scat Pack wheel, but with a dual six-spoke design as opposed to five. An FCA representative told Motor1.com that 123 of the affected vehicles were still at dealerships, so for the few owners who do have cars with clearance issues, the official notification from FCA will begin early in December.