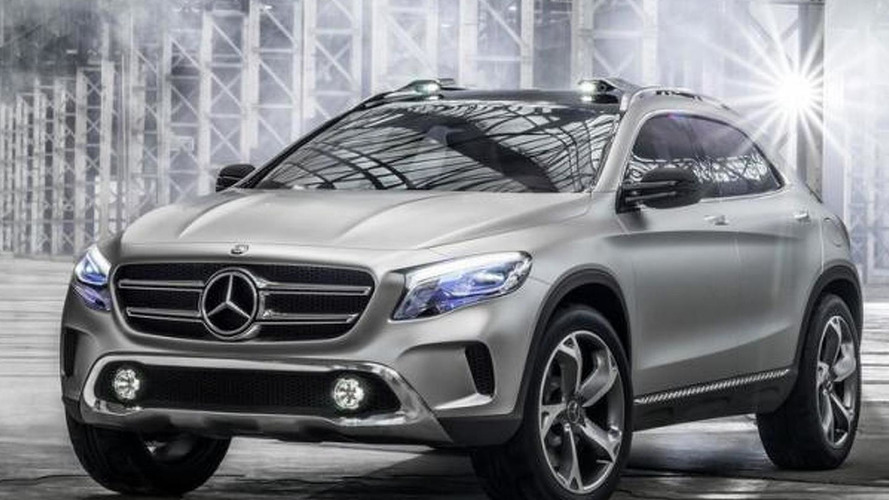 Mercedes-Benz has released the first images with the upcoming GLA Concept scheduled to make its public debut on Saturday at 2013 Auto Shanghai.

The pics show an appealing crossover featuring a bulging hood, raked windscreen, protection plates under the bumpers, roof rails, muscular wheel arches (with moldings), dual exhaust and 20-inch alloys covered by 255/45 R20 tires. We also notice those interestingly shaped sweptback headlights and a huge front grille with the big three pointed-star logo. As you would imagine, the production version will take a lot of styling cues from the A-Class but with an increased ride height.

The production model's engine lineup will be carried over from the hatchback which means it will be offered with a variety of 4-cylinder gasoline and diesel engines producing up to 211 HP (155 kW). An AMG variant is also rumored with a 4-cylinder, 2.0-liter turbocharged engine generating about 354 HP (260 kW).

The production version will be revealed in September at the Frankfurt Motor Show.