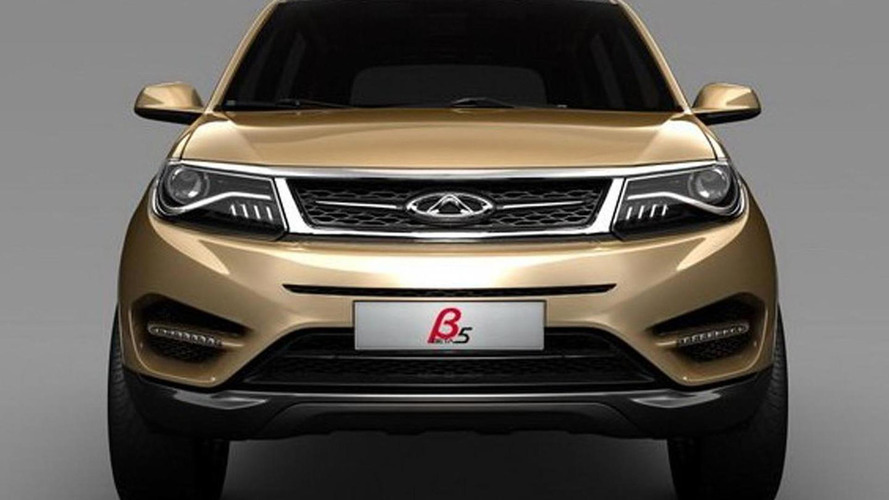 Chery has released the first pictures of their Beta 5 concept. It reportedly previews a production model that will be launched in 2015.

Chery has released the first pictures of their Beta 5 concept.

Set to debut at the Shanghai Motor Show, the concept has a contemporary front fascia with a slender grille and LED-infused headlights. We can also see plastic body cladding, large alloy wheels and LED daytime running lights.

The crossover is reportedly based on the Tiggo 5 and previews a production model that will be launched in 2015. Little else is known about the model, but it will reportedly be offered with a naturally-aspirated 2.0-liter engine that develops 130 bhp (97 kW) as well as a supercharged 1.6-liter unit which cranks out approximately 150 bhp (112 kW).