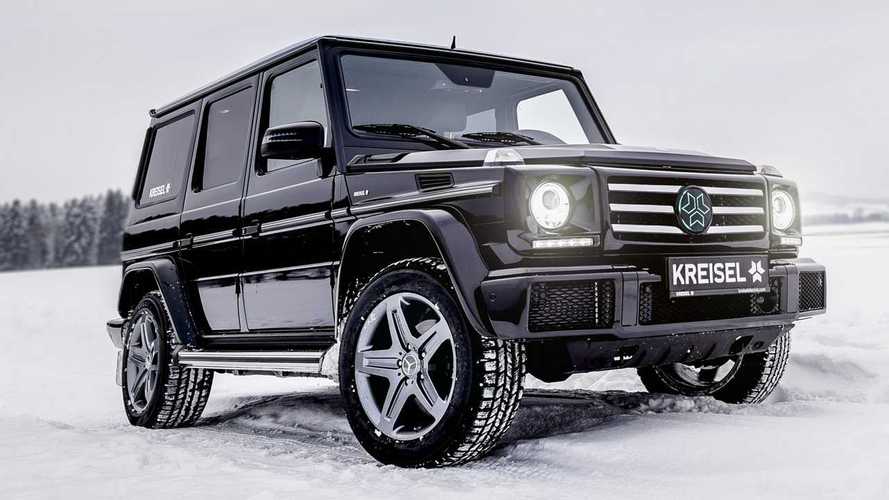 From one of the thirstiest gas-guzzlers to zero emissions.

Go to EPA’s website and you’ll realize the Mercedes G-Class is not exactly the most fuel efficient vehicle out there, with both the G500 and the G63 returning only 14 miles per gallon in the combined cycle. This will all change sometime in the future as Daimler’s Head of Digital Transformation, Sascha Pallenberg, took to Twitter to share an important announcement made by his boss, Daimler CEO, Ola Källenius.

Long story short, the iconic G will spawn a fully electric version. The rather surprising disclosure was made at the Automobilwoche Kongress in Berlin where the man in charge at Daimler had a bit more to say about the boxy SUV. The 50-year-old Swedish executive admitted that Mercedes had discussions in the past within the company about potentially phasing out the G-Class, but he has the exact opposite opinion, arguing it’s the very last car the three-pointed star should eliminate.

The G-Class is already one of the most expensive models in Mercedes’ vast lineup and it goes without saying the EV derivative will be even pricier. It will likely be sold under the “EQ” banner to follow the EQC crossover and other zero-emissions vehicles the German marque is preparing for the next decade. That will include a flagship EQS to serve as the electric equivalent of the S-Class, which has been spied undergoing testing and has already been previewed through a spectacular concept car.

Mind you, an electric G-Class already exists as Austrian company Kreisel Electric has beaten Mercedes to the EV punch by taking out the combustion engine to replace it with an electric powertrain. Kreisel Electric and none other than Arnold Schwarzenegger have already presented electric conversions of the Hummer H1 and G-Class. The latter packs 483 horsepower and does the 0 to 62 mph (100 km/h) sprint in 5.6 seconds before topping out at 114 mph (183 km/h). Dual battery packs with a combined 80-kWh capacity were installed with support for 150-kW charging and enough juice for 186 miles (300 kilometers) of range.

The Venerable Off-Roader In The News:

It’s unclear when Mercedes’ own electric G-Class will be launched, but we’re glad to know the legendary off-roader has a future in the EV era.