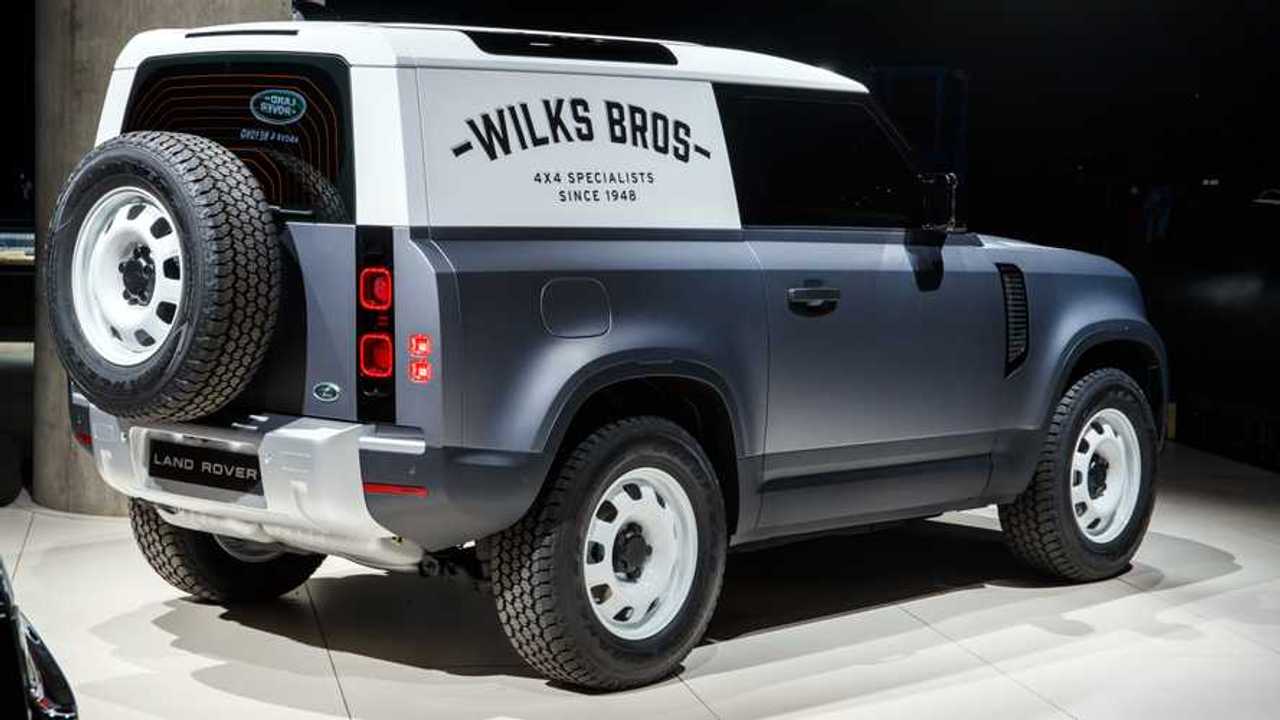 We get details on the 2020 Land Rover Defender’s sales plan for America.

Land Rover debuted the newest generation of its iconic Defender in September at the Frankfurt Motor Show, and now we have some additional details about the automaker’s sales plan for the U.S. market. We spoke with Joe Eberhardt, president and CEO of Jaguar Land Rover North America, who offered some new information about the Defender models the company plans to send to our shores.

Land Rover Defender SVR To Get BMW Engine With 500 Horsepower?

Most interestingly, Eberhardt says that the U.S. team is considering the Commercial Defender 90 work vehicle the brand will sell in the United Kingdom. But Eberhardt sees other potential for the model should it come to the U.S. “It’s possible, not only for commercial use but also because there are people that will just like the look of it,” Eberhardt told Motor1.com. “It’s something we’re definitely taking a look at.”

The Commercial Defender 90 is a more stripped-down version of the SUV. It rides exclusively on 18-inch steel wheels and does without some of the comfort and convenience features that will be available on upmarket trims.

Eberhardt also says he expects the longer wheelbase, four-door Defender 110 — which all markets including the U.S. will get first — to serve as the model’s primary seller. “We could be surprised, and we’ll have to see. But our research indicates a strong interest for the 110. I wouldn’t be surprised if it sold three-to-one, or four-to-one [to the 90].”

North America is expected to be the largest market for the Defender. When the SUV arrives next year, Land Rover will celebrate its return with special First Edition models. While the 110 will offer other trims, the 90 will be sold exclusively as a First Edition model for the 2020 model year.

The First Edition is based on the Defender SE and is powered by the headline P400 powertrain, which combines a six-cylinder engine with an electric motor in what’s deemed a “mild hybrid” powertrain. With 395 horsepower and 406 lb-ft of torque, the P400 produces more than twice the output of any engine Land Rover fit to the previous Defender.

The Defender 90 First Edition will wear a coat of Pangea Green Metallic paint with a white contrasting roof. It’ll ride on unique 20-inch Sparkle Silver wheels wrapped in off-road tires and sport special First Edition badging. Expect metal treadplates with First Edition badges, as well as heated seats, a heated steering wheel, and Ebony-grained leather seats with woven textiles. The special model will also be fitted with the brand’s “Jump Seat,” which allows a third person to sit in the first row.

The Defender 110 First Edition arrives with some of the same content as the 90 but will stand out with Indus Silver Metallic paint with a black contrasting roof. Notably, the 110 will arrive with a third row, three-zone climate control, and an air quality sensor with cabin air ionization. The center console has a refrigerator, and “not just a cool box,” Land Rover’s interior design team told us.

The 2020 Land Rover Defender 110 First Edition is expected to arrive in spring 2020, while the two-door 90 is due to arrive a few months after. Pricing for the Defender 90 will be announced this month at the Los Angeles Auto Show.