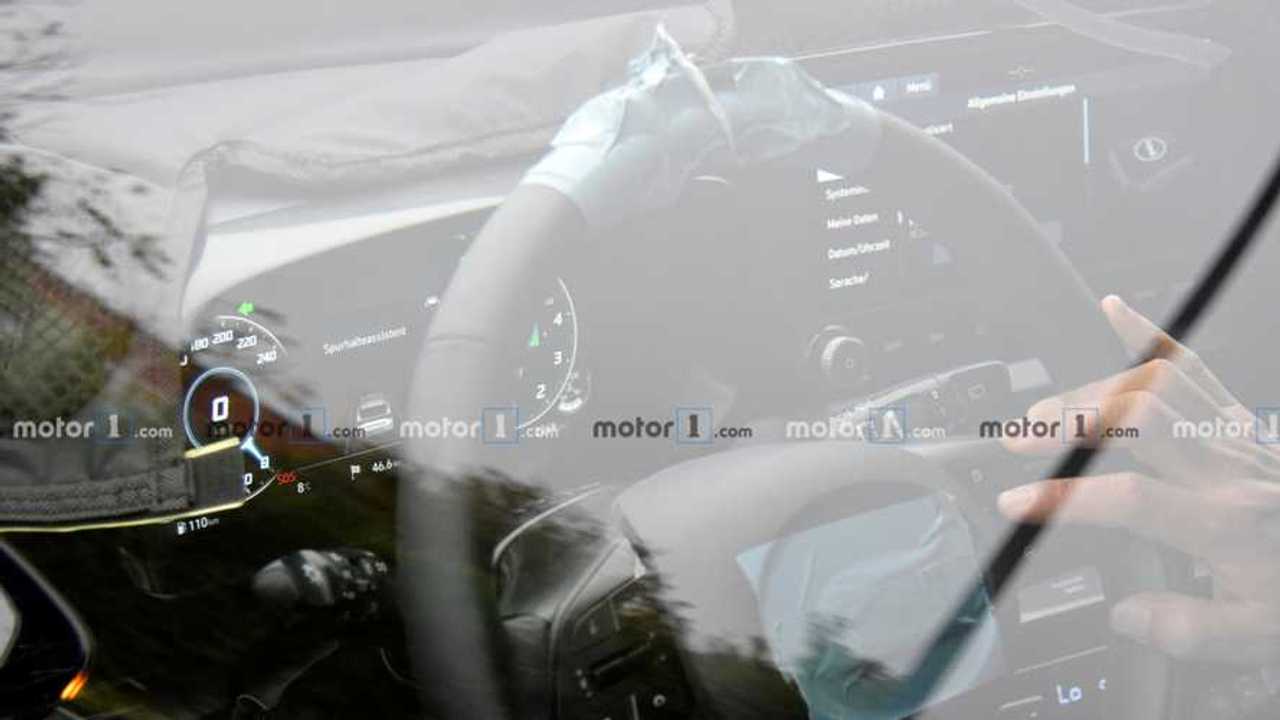 The rev counter spins counterclockwise like in an Aston Martin.

After revealing the pint-sized i10 a few months ago in Frankfurt, Hyundai has been spotted putting the finishing touches on its bigger brother, the next-generation i20. Likely too small to ever reach North America, the supermini is still stubbornly carrying an extensive amount of camouflage to conceal its exterior design, but our spies have managed to take a quick look inside the cabin.

Right from the start, we’re noticing the analog instrument cluster has been removed to make room for an all-digital setup. It’s too soon to say whether the big screen will replace the physical needles and dials even on the base model or it’s going to be offered only on the more expensive i20 variants. Whatever the case may be, it seems like the digital rev counter will spin counterclockwise akin to some Aston Martin models.

The image at the top also gives us an opportunity to check out the subcompact hatchback’s rear end design where the taillights seem to continue on the tailgate where there’s a wide light strip, unless we’re looking at a giant piece of trim. The graphic showing the i20’s derrière came up on the digital dash as part of the Lane Departure Warning system the prototype featured. It was a relatively new test vehicle, with only 2,269 kilometers (1,409 miles) on the clock.

To the right of the driver’s display is the infotainment system shaped like a tablet as it’s becoming the norm nowadays on new cars. The reason why everything is in German probably has to do with the fact the i20 is being partially developed in at Hyundai’s Europe Technical Center located in Rüsselsheim. The fairly generous size of the touchscreen hasn’t eliminated physical controls as there’s still a row of conventional buttons right below the display, along with a dial also incorporating the power button.

Look down on the center console and you’ll see the climate control settings with a dedicated screen, along with a couple of USB ports to hook up and recharge your smartphone or other mobile devices. The layout of the controls on the steering wheel is similar to what you’re going to find in the current i20, but the placement of some functions has changed.

Previous spy shots have revealed Hyundai is preparing a fully fledged N hot hatch model to take on the Ford Fiesta ST and the Volkswagen Polo GTI. The test mule carrying a modified body of the current i20 had dual exhaust tips and wider fenders, but the engine’s identity remained a mystery. It could get a turbocharged 1.6-liter good for 174 hp as seen in the Kona or even 200 hp available in the Kia Ceed GT.

Look for an official premiere of the regular Hyundai i20 sometime next year, with the N version likely not too far behind.