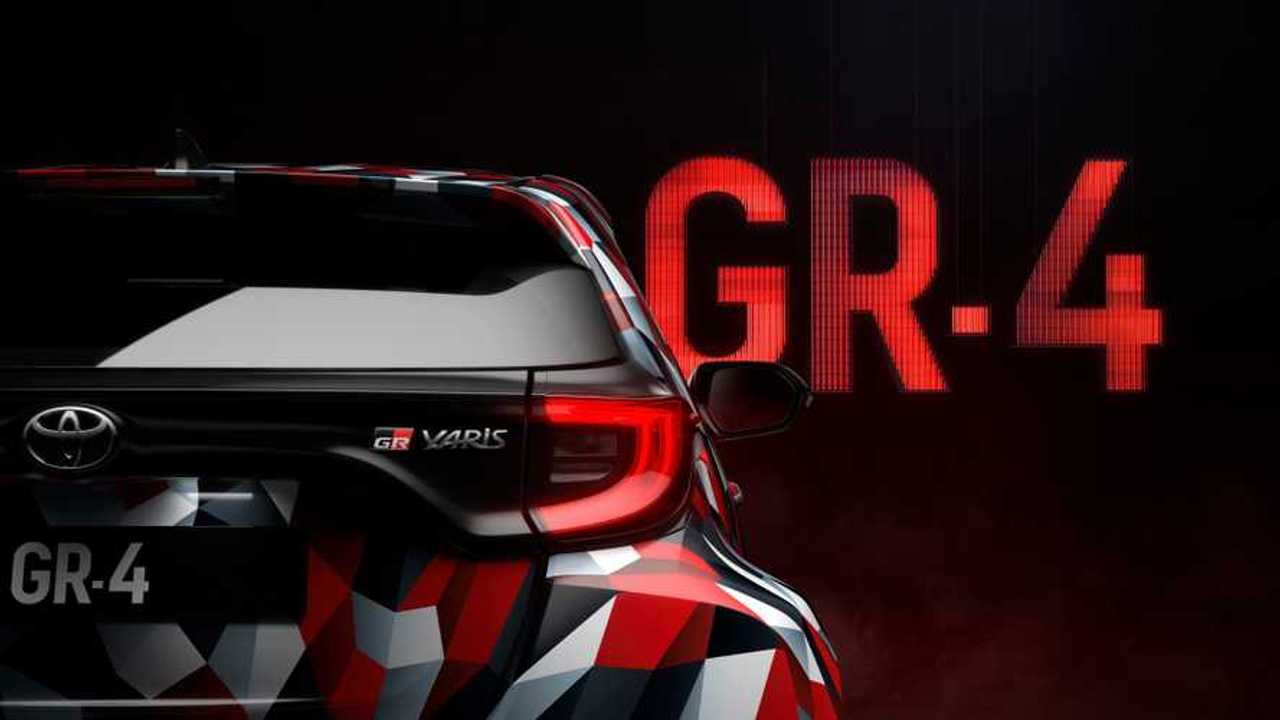 It debuts soon at the Rally Australia.

A new teaser provides the first official glimpse of the upcoming Toyota GR Yaris Prototype ahead of a debut at the Rally Australia on November 17. The GR-4 moniker in the image might hint at the model having all-wheel drive.

Earlier spy shots catch the Yaris testing in GRMN's camouflage pattern (gallery below), hinting this is possibly the same model that Toyota is now teasing. That car wears sporty, bronze-finished wheels and seems to ride lower than a stock example of the new Yaris.

Unfortunately, powertrain information for the new Yaris GR is a mystery. The standard model is available with 1.0- and 1.5-liter three-cylinder engines, in addition to a hybrid version of the larger mill.

In addition to indicating this Yaris has all-wheel drive, the GR-4 name might be an indicator that this model packs a four-cylinder engine, instead of the usual three-pot mills. The extra power would fit better with the vehicle's sporty intentions.

Toyota already confirms that there are multiple performance versions of the new Yaris on the way. The rumors suggest the sporty end of the range would give buyers three options. The mildly warm GR Sport, hotter GRMN, and a new model taking direct inspiration from the Yaris competing in the World Rally Championship. It's not clear which of these variants that Toyota teases here, but the connection to the Rally Australia for the GR-4's unveiling leaves us intrigued.

If anyone in America reads these rumors and gets excited at the prospect of owning a pint-sized hot hatch, then there's bad news. The Yaris available in Europe is now different than the one on sale in the United States. The version in the U.S. has a very close relationship to the Mazda2, rather than riding on Toyota's TGNA platform.