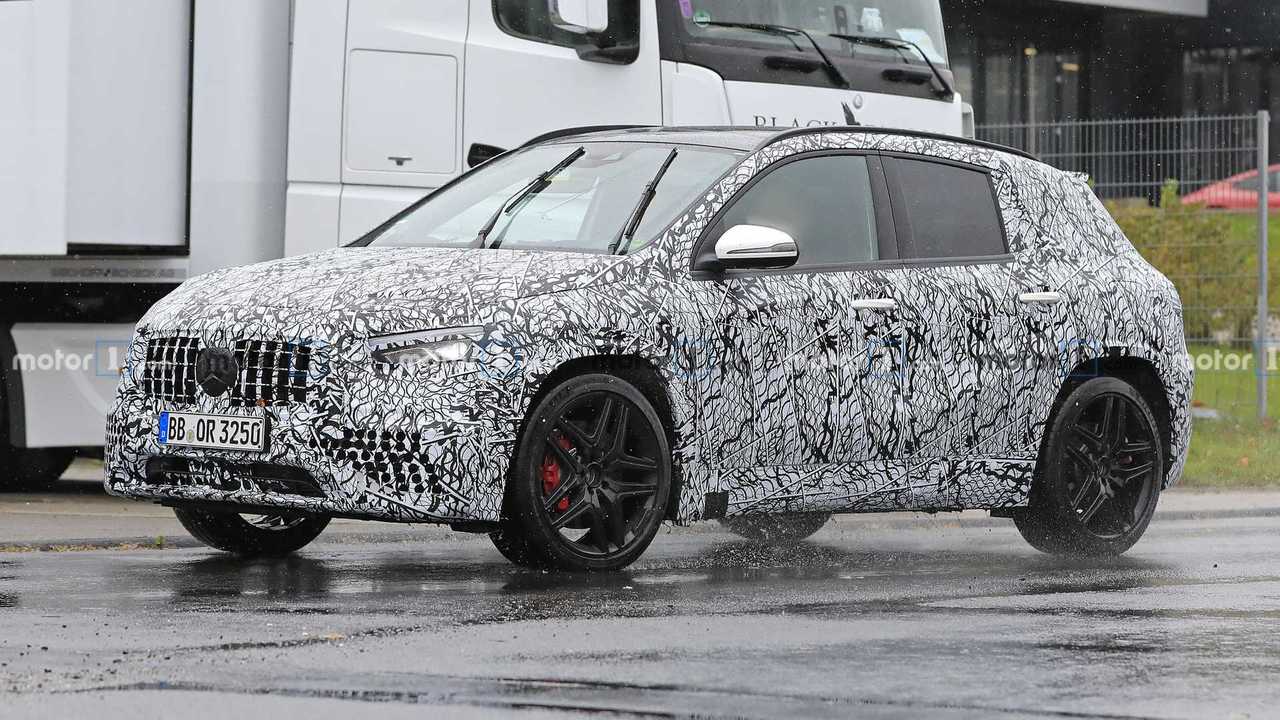 Want an A45 with slightly more ground clearance? The GLA 45 is coming.

Even though Mercedes has yet to reveal the second-generation GLA, it seems the fully fledged AMG version of the compact crossover is nearly ready to hit the assembly line. It has been spotted undergoing testing in the city of Konstanz located in southern Germany where a fully camouflaged prototype riding on chunky 20-inch wheels was being evaluated by a Mercedes test driver.

You can tell it’s the range-topping version of Daimler’s smallest crossover from a mile away thanks to the quad exhaust system, while the fender flares are also clues this is the spiciest iteration of the GLA. Up front, we are inclined to believe the AMG 45 was hiding the aggressive grille design with vertical slats akin to the Panamericana grille from yesteryear. Behind those round dots in the camouflage are the generous air intakes similar to those of the new A45 hot hatchback.

Our spies also had the opportunity to take a quick look inside the cabin where the sporty crossover had nearly all of the final bits. We can notice the red emergency button you won’t find on the production version, but everything else seems to be ready, right down to the Alcantara-wrapped steering wheel and those body-hugging front seats with integrated headrests basically borrowed from the A45.

Underneath the hood you’ll find the world’s most powerful mass-production four-cylinder engine rated at 416 horsepower and 500 Newton-meters (369 pound-feet) of torque in the GLA 45 S. There will also be a base version with 382 hp and 480 Nm (354 lb-ft), while below it will sit the warm GLA 35 with 302 hp and 295 lb-ft (400 Nm). All of them will have all-wheel drive and an automatic transmission, but the “45” models will have eight gears instead of seven and a drift mode. The latter will be standard on the S model and optional on the non-S variant.

Mercedes hasn’t said a word about when it will debut the new GLA, but the official premiere will likely take place in the coming weeks or months. AMG won’t waste any time and will release the 35 and 45 models shortly thereafter to join the boxy GLB 35 and the forthcoming GLB 45 serving as the other hot compact crossovers from Daimler.