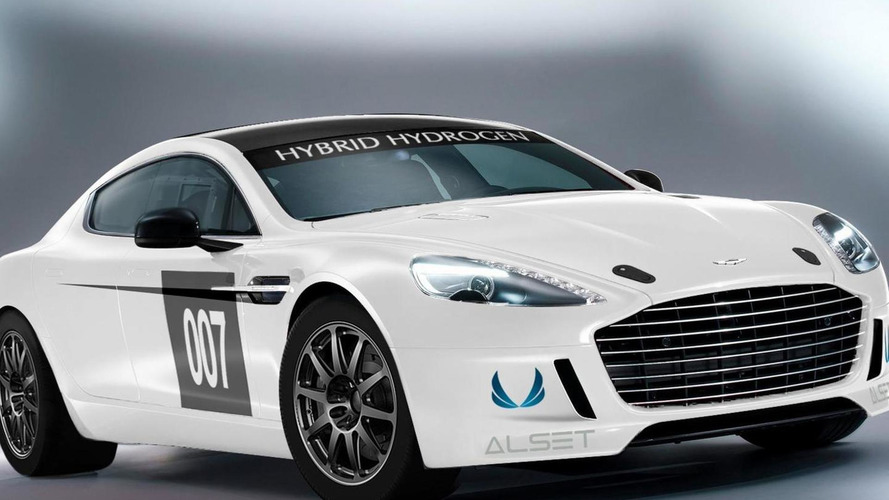 Aston Martin has announced plans to race a Hybrid Hydrogen Rapide S at 41st ADAC Zurich 24 Hours of Nürburgring scheduled for May 19-20.

Aston Martin has announced plans to race a Hybrid Hydrogen Rapide S at 41st ADAC Zurich 24 Hours of Nürburgring scheduled for next month.

The alternative-fueled car is based on the 2013 Aston Martin Rapide S and can run on gasoline, pure gaseous hydrogen or a combination of the two. The vehicle's hybrid-hydrogen system consists of a hydrogen fuel rail, storage tanks and engine management system. It comes with four high-strength carbon fiber tanks which can hold 3.5 kg (7.7 lbs) of hydrogen stored at a 350-bar pressure. Two of them are positioned next to the driver while the other two are in the boot.

It will be the first hydrogen-powered vehicle to take part in an international event and it's also the first zero-emissions sportscar to complete a race pace lap at the Nürburgring 24-hours. Aston Martin will race in the ADAC Zurich Nürburgring 24 Hours on May 19-20 for the eighth year in a row and will have to tackle more than 150 cars on the 25 km circuit which represents a combination of the Nordschleife and the modern grand prix track.

More details are available in the press release section.