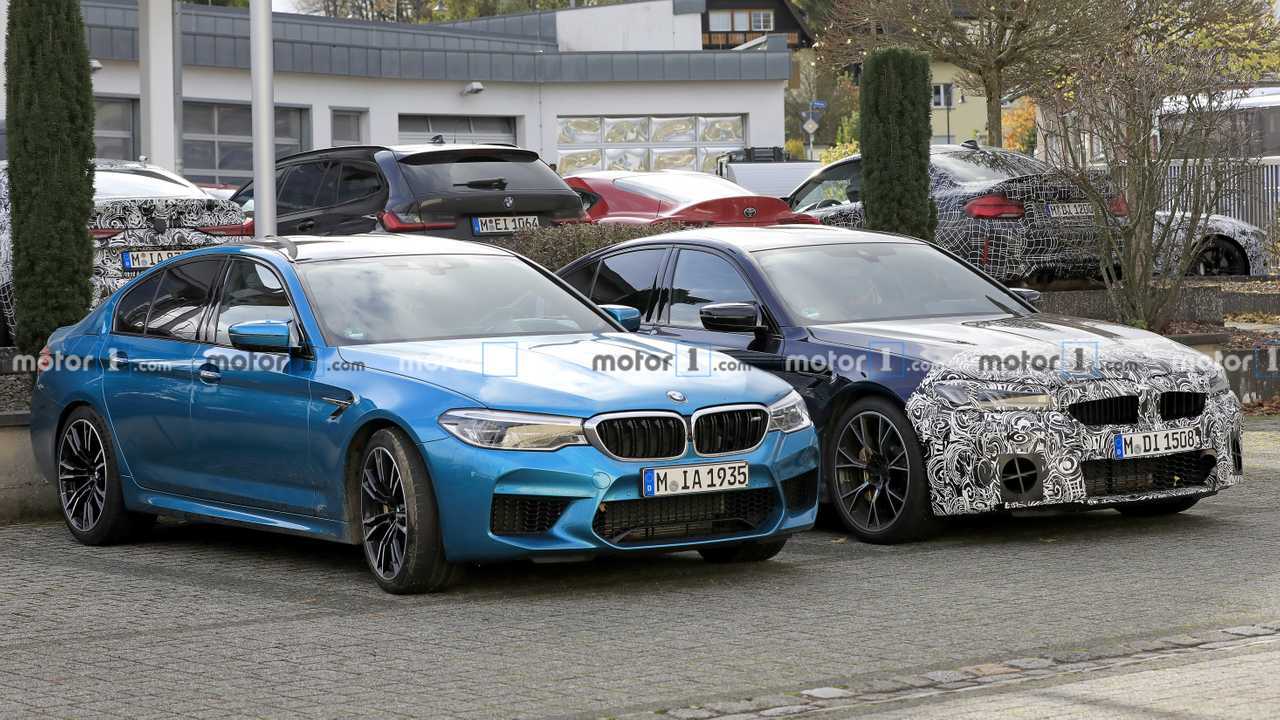 Yes, there's a Supra in the background.

The current-generation M5 debuted a little over two years ago and yet BMW is already preparing a nip and tuck for the super sedan. Both iterations of the high-performance machine have been spotted by our spies sitting next to each other in a parking lot adjacent to the company’s testing facility at the Nürburgring. The dynamic duo is in some good company as we’re noticing the new 2 Series Gran Coupe and the M2 CS, not to mention a Toyota Supra.

Checking out the two M5s side by side gives us a better opportunity to see what has changed, although the camouflage does a good job at hiding the updates made to the flagship 5 Series model. Nevertheless, restyled and slightly slimmer headlights appear to be peeking through the disguise, while the vertical slats of the double kidney grille have a different look.

Several other prototypes caught out and about near the Nordschleife had a masked rear end where it looks like BMW has installed revised taillights with swanky new lighting graphics. For the time being, the bumper appears to be carried over virtually unchanged, although there could be some discreet revisions for the production version of the incoming LCI.

It's Been Caught On Camera Before:

Perhaps the biggest news about the M5 is the planned CS derivative to sit on top of the already super-hot Competition. It was caught on camera last month camo-free, not shy to show off its “CS” badge, gold wheels, and beefier trunk lid spoiler. It’ll likely have more than the 617 horsepower you get in the M5 Competition and could also shave off some weight. There are some rumors of a new V8 engine in a more compact size while packing more punch than the venerable twin-turbo 4.4-liter unit.

It’s not known at this point whether the CS will debut together with the M5 facelift or BMW will save the hardcore variant for later in the car’s life cycle. Meanwhile, the updated 5 Series should debut in 2020 and will probably be followed shortly by the M5.