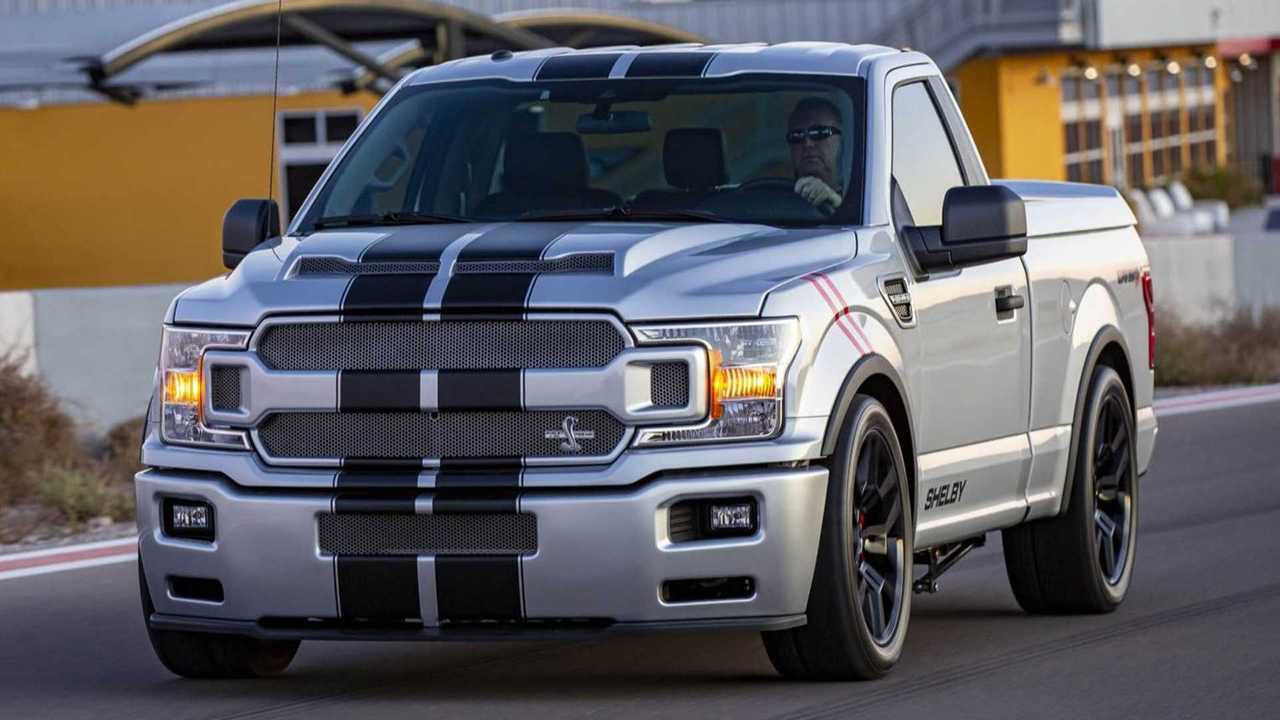 The supercharged V8 sends its power to massive 22-inch wheels.

If you’re still disappointed with Ford for downsizing the F-150 Raptor’s V8 to a turbocharged 3.5-liter V6, Shelby American can address the “there’s no replacement for displacement” issue by shoehorning a supercharged V8 in the popular pickup truck. It goes by the name of Super Snake Sport F-150 and packs a mighty 755-horsepower punch or five more than the limited-run Super Snake from 2017.

Debuting this week in Las Vegas at SEMA, the performance truck is technically a concept vehicle riding low to the ground on large 22-inch alloy wheels shod in performance rubber. The V8 plays its throaty soundtrack courtesy of a Borla exhaust system and has the visual presence to support its aggressive note thanks to a meaner body kit with rocker panels and a custom hood.

The bumper and grilles have been modified up front compared to the standard F-150, while the rear hosts a tonneau cover to enable a cleaner appearance. Stripes and badges complete the look. There are a handful of changes inside the cabin as well where there’s now a new set of floor mats and a gauge replacement, while the carbon fiber accents and the leather upholstery are exclusive to the amped-up Ford truck.

The performance truck tweaked by Shelby American also benefits from an upgraded six-piston front brake system and a modified coilover suspension bringing the F-150 closer to the road. All of the goodies have created what the company refers to as “a nightmare for any other truck,” with in-house tests showing the Super Snake is “astonishingly fast.”

If you’d rather have a V8 engine straight from Ford in your F-150, rumor has it the Shelby GT500’s 5.2-liter supercharged V8 could be installed in the pickup truck. It churns 760 hp in the flagship ‘Stang model, which would be a massive bump over the 450 hp offered by the current Raptor. Meanwhile, Shelby American would be more than happy to offer a similar level of power as the GT500 with its new Super Snake Sport.