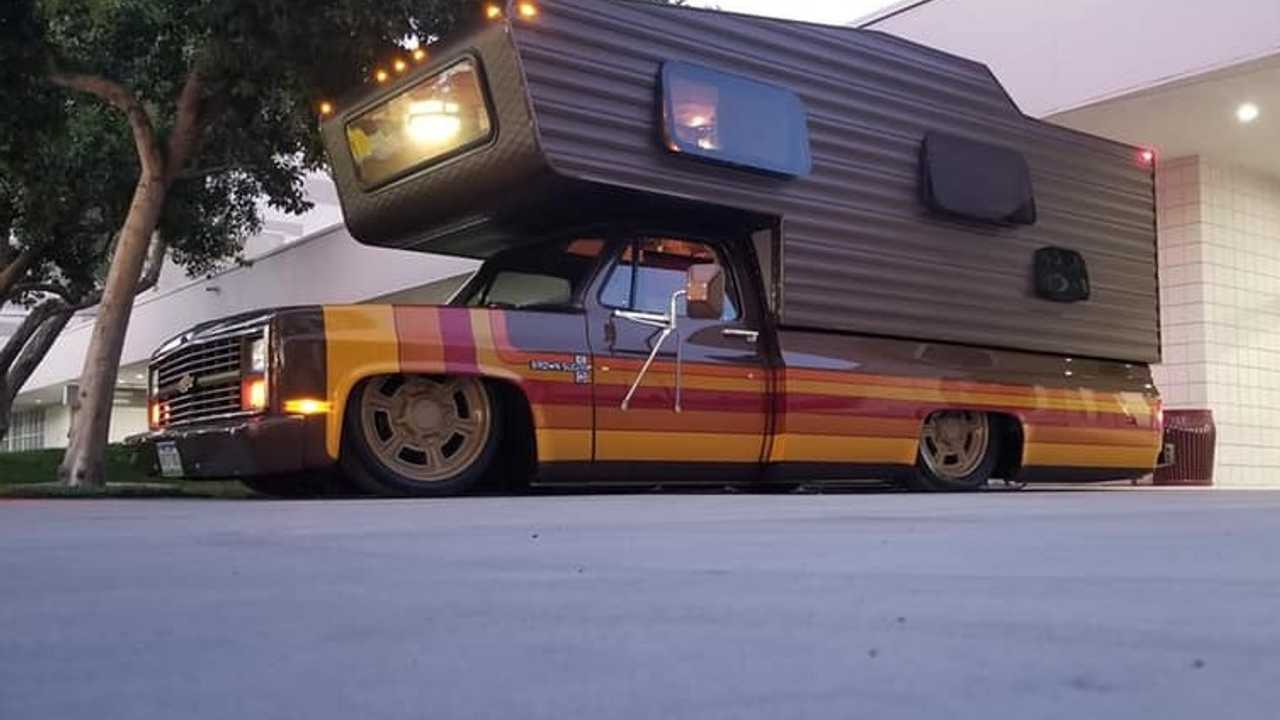 SEMA is a whiz-bang automotive assault on the sense with a litany of aftermarket tuners, modifiers, equipment makers, and more hoping to make a splash at the show. Automakers themselves have gotten in on the action, too, bringing their own tarted-up concepts that often preview or showcase OEM aftermarket parts and accessories. SEMA is also where teams of builders present their latest and greatest rides, and while there will be plenty to see at this year’s show, there’s one we can’t wait to get our eyes on – Brown Sugar. It’s a modified Chevy pickup with a camper that looks right out of the 1970s.

Here's What Else SEMA Will Have:

VW Arrives In Las Vegas With Quartet Of SEMA-Bound Concepts

Details are difficult to find online. The shop, River City Rods & Fabrication in Davenport, Iowa, has a ton of updates on its Facebook page showing the build’s progress – and crunch time late last month. The company posted to Facebook October 30 that it’d completed the build, and boy does it look cool.

The project started as a traditional RV with the fully enclosed boxed camper behind the cab. The team took that away, added a box, and installed a custom in-bed camper. The bed allows the 1970s-era graphics to run uninterrupted from the hood, over the fenders, down the side, and to the back. The various yellows, reds, and oranges contrast beautifully with the dark brown metallic paint.

But the exterior is only one part of the build. The inside is just as impressive with the dark theme continuing inside thanks to a liberal use of various woods. Photos are limited, but we can see that there is a TV, which appears to fold up and down, allowing for additional sleeping space above the cab. There’s a Coca-Cola sink, plenty of storage and a microwave. We don’t see any shower or toilet, but the photos are limited, so they are likely there and hidden from view. Oh, and there appears to be a red velvet headliner.

Thankfully, the wait is short to see Brown Sugar in all its glory. The team put it on a trailer destined for Vegas last week, and the show kicks off tomorrow. We’ll have to find this straightaway.