In the next two years, every new Infiniti will offer an electric powertrain that’s either recharged by a gas engine or fully electric.

While its sister brand Nissan has been in the forefront of the electric vehicle revolution since the very beginning, Infiniti has been conspicuously quiet in that department . . . until now, that is. During Infiniti's recent 30-year anniversary event for the media, we had the rare opportunity to take a sneak peek at the brand’s electrified future. This is what we saw.

In the near future, Infiniti will be offering what it calls “gas-powered electric vehicles.” Think of what Infiniti calls “gas-powered EVs” as fuel cell vehicles in which the fuel cell has been replaced by an extremely smooth and quiet turbocharged three-cylinder 1.5-liter electricity generator (also known as a gas engine). In fact, these gas-powered EVs won’t require charging, and therefore their range won’t depend on how much power is in their battery but on how much gas in the tank of their power generators. According to Infiniti, this approach will move range anxiety out of the equation and will bring more people into the electric vehicle revolution.

More dispatched from the world of Infiniti: 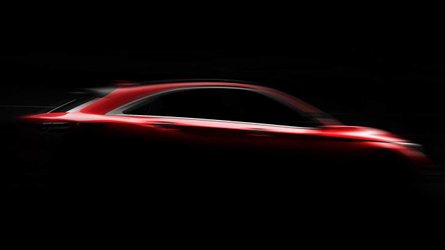 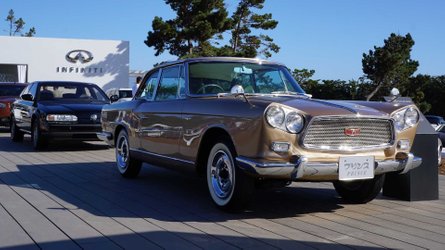 This isn’t a new concept. What Infiniti calls “gas-powered EVs” is really akin to a series hybrid with a range-extending gas engine. Similar technology is used on currently sold vehicles like the Chevrolet Volt, Honda Insight, and BMW i3 REx. The difference between them and Infiniti’s gas-powered EVs is all-electric range, or lack thereof. The Chevy, Honda, and BMW all have an electric range they can travel without the gas engine on, whereas Infiniti’s gas-powered EVs will always have their gas engine on.

All of Infiniti’s gas-powered EVs, will have two electric motors, one on each axle, making them all-wheel-drive vehicles. These motors will generate a total output of either 248 or 429 horsepower depending on the model, and Infiniti predicts 0 to 60 miles per hour to happen in  4.5 seconds for the most powerful versions. The battery packs, which are much smaller than what a pure electric vehicle would use, will be placed in the floor of the cabin and have capacities from ranging from 3.5 to 5.1 kWh.

Infiniti will be launching five new cars in the next three years. The first one of them, the 2021 Infiniti QX55 that will be introduced next year, was briefly shown during the anniversary event we attended, and Infiniti also allowed us to take a brief look, by means of a quick 3D animation, at the replacement for the QX60, one of the first recipients of its new electric powertrains.

The next QX60 is an impressive and bold-looking SUV, which is visually more in the vein of the of the QX80 than an evolution of the current model’s design. In fact, it reminded me a lot of the current Lincoln Aviator with a touch of the Range Rover family. That is, until you see the familiar face of Infiniti on its front end in a more squarish rendition. The new QX60, at least in one of the animated renders shown at the event, looks great with its roof in a contrasting color, a visual treatment that visually enhances the length of the vehicle.

Although Infiniti kept us away from the cabin of the QX55, the interior of the QX60 was prominently displayed in the animations. It showed a much more horizontal, modern, and cleaner design than the current model, and features a massive horizontal infotainment screen in the middle of its dashboard as well as a floating mid console. As Inifniti reminded us, the QX60 is its best-selling model, so this new vehicle is a big deal for them. We should be seeing it in the flesh after we see the new QX55 sometime next year.

See the Infiniti's future models and all of the other upcoming future ev cars, trucks and SUVs.