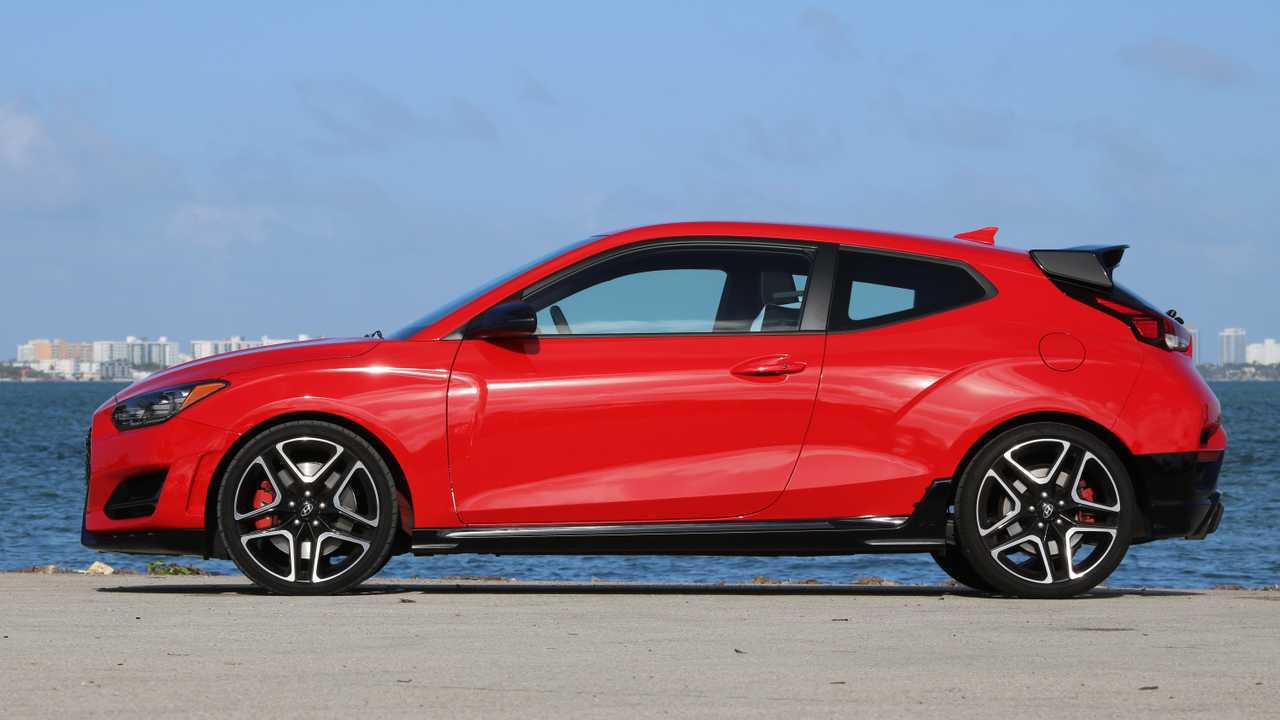 Road & Track made a very surprising choice, but it's also a surprisingly good car.

We don't often cover awards such as this. Some are exceptions, and we’re making an exception for the team at Road & Track because their choice for performance car of the year is, in a word, exceptional. Among a field of serous grin-inducing machines, which this year includes nothing less than the return of the Supra and the first-ever mid-engined Corvette, a front-wheel-drive hatchback from South Korea took top honors. That’s right – Road & Track’s 2020 performance car of the year is the Hyundai Veloster N.

We suspect that the decision is something many readers will not understand. Given a choice, what self-respecting enthusiast would choose the Veloster N over a McLaren 600LT, or a Porsche 911, or a Lamborghini Huracán EVO? In fact, the Lambo didn’t even make the final cut in this showdown despite being the fastest car around California’s Thunderhill Raceway. For that matter, the reborn Toyota Supra was also canned early on, along with the BMW M2 Competition. We’re fairly certain readers can appreciate the irony in this, especially with both cars being chastised for basically having no soul.

What about the Porsche 911? It was apparently fantastic except when it felt big, like a Porsche Panamera. As for the Corvette, its dual-clutch transmission left the drivers longing for an old-school manual, and its handling characteristics weren't quite up to snuff. Road & Track’s fantastically detailed write-up covers all the bases of the decision process, though we suspect some might see an 8,000-word article – much of which is devoted to explaining why other cars didn’t win – as a sign that perhaps the wrong decision was reached.

Our Take On The Veloster:

Here’s the thing. The team involved in this review knows cars. Furthermore, this isn’t simply a bench racing experiment where the fastest car automatically wins. We know Motor1.com readers understand what it means to be an enthusiast – it’s why many people prefer to row gears the old-fashioned way even though it’s slower than paddle-shifted dual-clutch transmissions. It’s why pinning the throttle on a 150-horsepower runabout through a tight autocross course can be as satisfying as piloting a 600-hp supercar. We’ve also driven the Veloster N, and you know what? We came to a similar conclusion in that it’s shockingly good as a performance machine. It also has some measure of real-world practicality, and just about anyone can afford it. Those things matter, too.

Would we pick it over all the rest? That remains to be seen until we conduct our own such automotive awards gala, but love for the Veloster N is certainly justified. More importantly, what do you think about this performance car of the year choice?