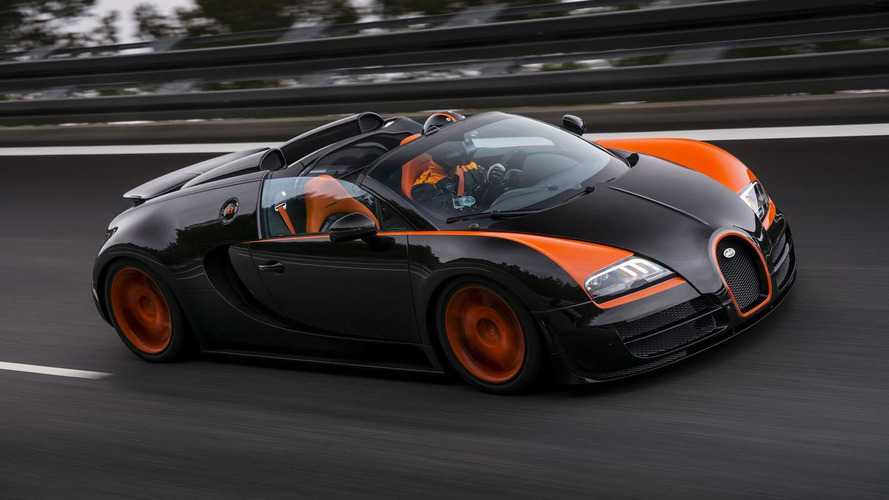 Bugatti has announced the Veyron Grand Sport Vitesse has officially become the fastest convertible in the world. The company will celebrate the event by introducing a World Record Car (WRC) Edition at the Shanghai Motor Show.

Bugatti has announced the Veyron Grand Sport Vitesse has officially become the fastest convertible in the world.

During a high-speed run, Chinese racing driver Anthony Liu was able to hit a top speed of 408.84 km/h (254.04 mph) at Volkswagen's Ehra-Lessien proving grounds. According to Liu, “This was a very exciting moment. In our training sessions we exceeded 400 km/h (248 mph) but the fact that I could surpass this unbelievable speed once again and even higher has made me very proud. The car is even at such high speeds incredibly comfortable and stable. With an open top, you can really experience the sound of the engine and yet even at higher speeds I did not get compromised by the wind at all.”

To celebrate the occasion, Bugatti will introduce a Veyron Grand Sport Vitesse World Record Car (WRC) Edition at the Shanghai Motor Show. Like the standard model, it will feature a quad-turbocharged 7.9-liter W16 engine that produces 1,200 HP (882 kW) and 1,500 Nm (1,106 lb-ft) of torque. It is connected to a seven-speed dual-clutch transmission which enables the model to accelerate from 0-100 km/h in just 2.6 seconds.