Here’s What Makes The New Stratos So Special

It even has door pockets for helmets.

The Lancia Stratos was a sports car produced between 1973 and 1978, when it was used as a foundation for the very successful Stratos HF rally car, which won the World Rally Championship in 1974, 1975, and 1976. Fortunately, someone decided to resurrect the legend for the 21st century and thus we got the New Stratos – a project based on the shortened chassis of a Ferrari 430 Scuderia and featuring a custom-designed body. 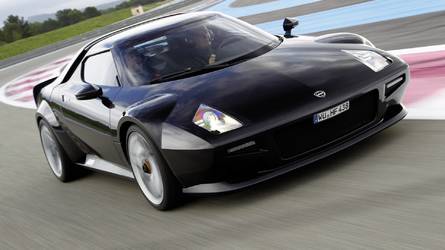 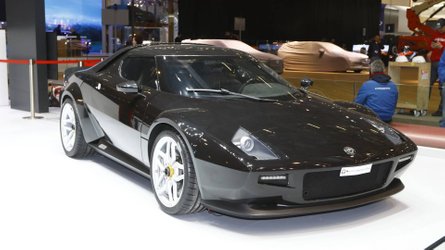 The reborn Stratos is the star in Shmee150’s latest video, where he details the sports car and takes it for a drive. Under the hood of this blue beast is a 4.3-liter V8 engine, which has been modified to deliver 540 horsepower (403 kilowatts) and 383 pound-feet (519 Newton-meters). It is sounds amazing and is mated to a six-speed manual gearbox. While the exact performance numbers are not known, it is quite quick off the line.

The company that builds the New Stratos is Manifattura Automobili Torino (MAT) from Italy, which asks you to provide a donor Ferrari F430 Scuderia and pay at least $564,000 more for the conversion. Just 25 are planned to be constructed and MAT even promised to add a high-riding Safari variant and a GT track-focused version to the lineup, but neither of these have arrived yet.