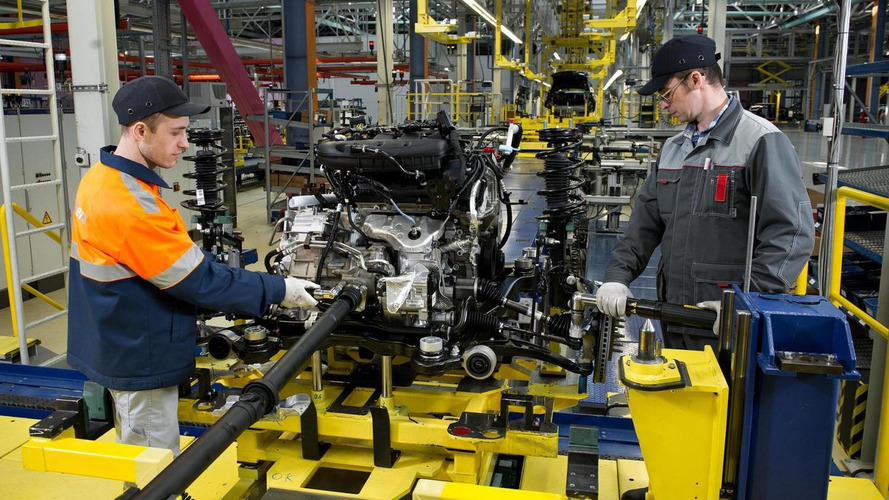 Ford has started full-production of the Explorer in Russia at the Ford Sollers Elabuga assembly plant.

Ford has started full-production of the Explorer in Russia at the Ford Sollers Elabuga assembly plant.

It is the first time the SUV is being fully manufactured outside U.S. territory. Up until now only knock-down production (partially assembled cars) took place outside the United States borders. All Explorers made at this plant will be sold on the Russian market, while the ones built in Chicago will be exported to 64 countries across the world.

Currently there are 1,500 employees working at the Ford Sollers Elabuga assembly plant but when production will be increased the Blue Oval company will hire an additional 500 workers. Ford says the Russian-made Explorers "will be manufactured at the same high level of efficiency and to the same quality standards as those built at the Chicago Assembly plant."