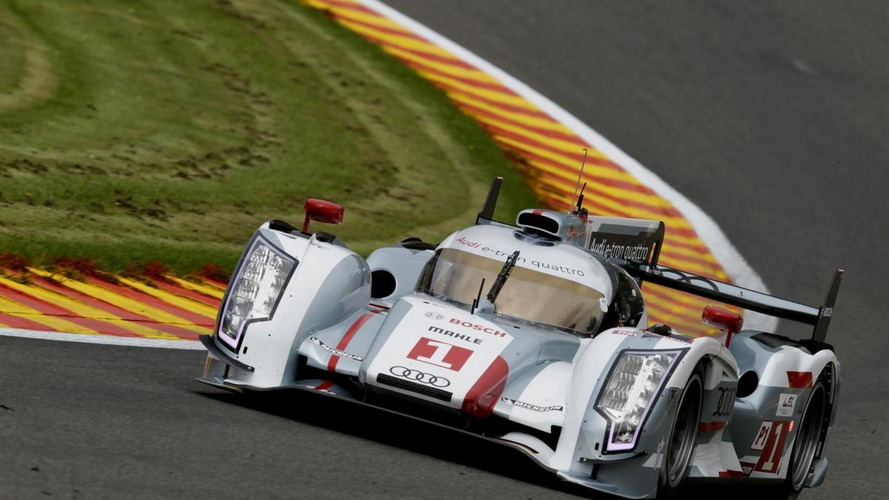 Audi's diesel-electric supercar is reportedly being developed under the Scorpion codename.

Audi's diesel-electric supercar is reportedly being developed under the Scorpion codename.

Designed to sting Porsche and Ferrari, the Scorpion will be based on the Le Mans winning R18 e-tron Quattro and act as a "rolling showcase" for the brand.

Car & Driver says the car's design hasn't been finalized but there are several proposals on the table. These include a "retro take on the future of racing" as well as a design that closely mimics the R18.

The car is expected to share a carbon-fiber monocoque chassis with the R18, but it will likely need modifications for street use. We can also expect a variety of aluminum components to save weight.

Power will reportedly be provided by a turbocharged 3.7-liter V6 diesel engine that produces approximately 600 bhp (447 kW). It will be backed up by an electric motor that contributes an additional 100 bhp (74 kW) for a combined maximum output of roughly 700 bhp (522 kW). The diesel engine is slated to power the rear wheels, while the electric motor will power the front wheels.