How Do The Mazda CX-30 And Tesla Model 3 Fare In The Dreaded Moose Test? 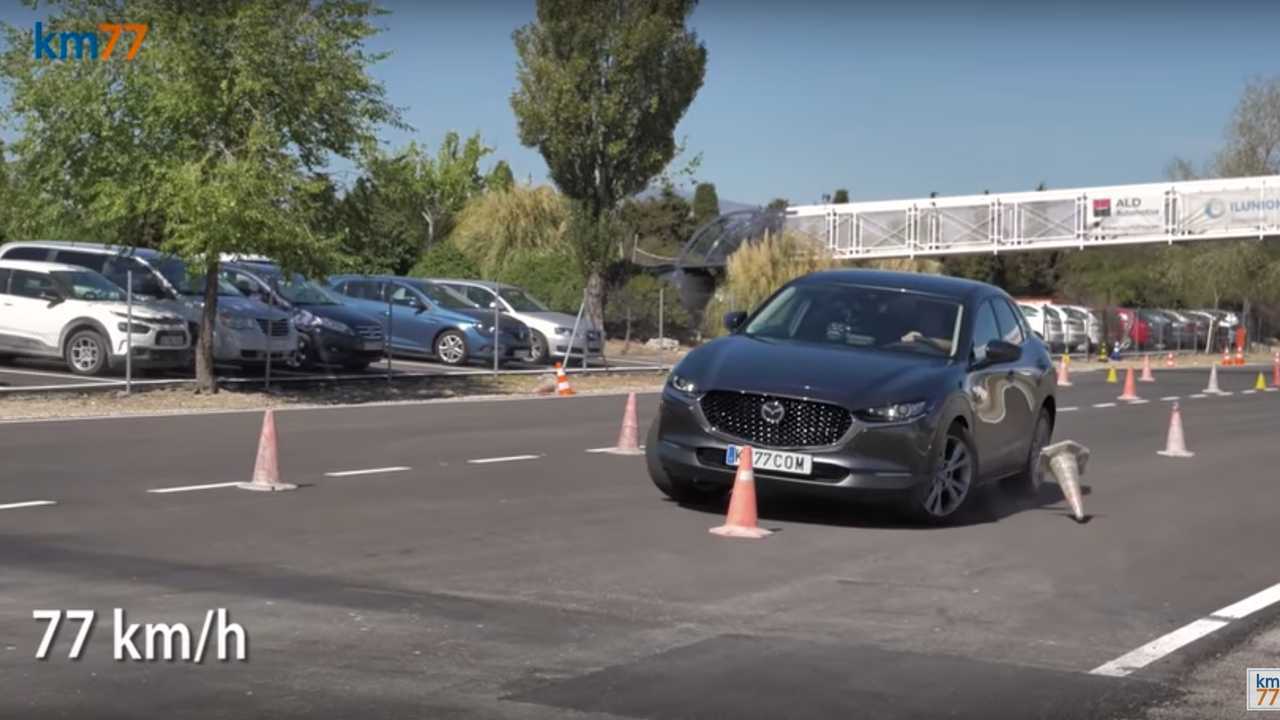 Only a handful of cones were hurt during testing.

It looks like the guys from km77.com are at it again, this time with a round of two moose tests with Mazda's CX-30 and Tesla Model 3S. The moose test is one of the trickiest road safety exercises that a car can be put through. Supposed to simulate an object, person, or animal (like a moose) coming out in front of a fast moving vehicle, the driver is suppose to be able to swerve to avoid the obstacle, all while maintaining control of the car. A lot of cars on the road don't do so well, such as the recent Jaguar I-Pace video they had, and some pass with flying colors, all without touching a single cone.

The CX-30 Is Coming To America:

First off, we have the Mazda CX-30. Introduced as the latest family member in the Mazda lineup, this compact crossover doesn't do too badly, despite the tests having to be done at a lower speed. Initial runs had the CX-30 at 48 miles per hour (77 kilometers per hour), but the understeer was just too much after the initial turn of the wheel, taking out a number of cones in the process, and not being able to get back int the proper lane for the next set of cones. The driver did say that the car was perfectly controllable and felt safe despite the failed attempt. The best attempt was at 46 miles per hour (74 kilometers per hour), with still a little understeer, but a smoother entry and exit all around. Not bad.

The Tesla Model 3 has quite the performance, and it's no stranger to the moose test. At 52 miles per hour (about 83 kilometers per hour), the Model 3 performs very well, with the standard regenerative braking settings applied; controllable and minimal understeer.

High Riding Crossovers Can Have A Tricky Time:

Mazda Miata RF Has No Problem Missing A Moose

Even at slightly higher speeds, the Tesla Model 3 gets the job done, despite taking out a few cones. What's important is that it can safely avoid the lane with the obstacle and return quickly to the proper lane in a safe manner.